"Who do you think you're dealing with here? Those pussies from Arcade Fire?" 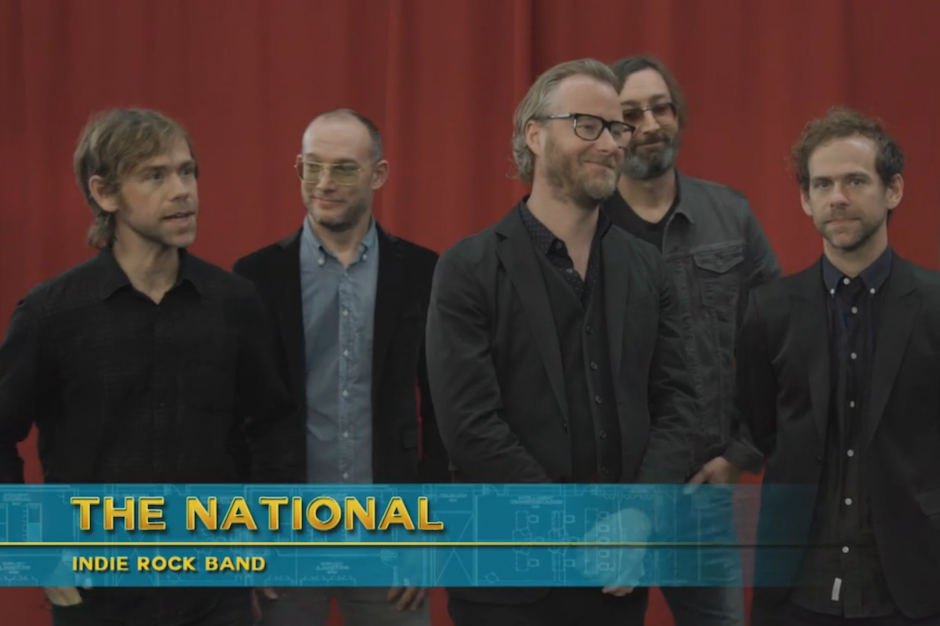 The National will get paid, or else. At least that’s the impression the Trouble-making band gives in an upcoming episode of IFC’s Comedy Bang Bang.

The episode — set to air on Friday, October 17 — features a sketch guest-starring the National as money-hungry music teachers. In the clip, which has been released as a teaser for the broadcast, Comedy Bang Bang main man Scott Aukerman plays host of “Retool the School,” a Bravo-style renovation show. Aukerman goes to a failing school to rejuvenate its struggling music program.

As part of his new initiative, he gets the National to join the faculty, because “music education is important to our country on a ‘national’ level,” according to the band’s Aaron Dessner. There’s just one catch: The updates have left the school’s hapless principal on the hook for $750,000 — three grand of which belongs to the National. When the principal tries to welch out, frontman Matt Berninger sets him straight.

“Who do you think you’re dealing with here? Those pussies from Arcade Fire?” Berninger deadpans. “The National gets their check.”

Watch the clip over at the Comedy Bang Bang website, or check out the whole episode when it airs on IFC at 11 p.m. EST on Friday, October 17. Future Islands, the Flaming Lips, “Weird Al” Yankovic, the Lonely Island, and the Vandals are also set to appear on Comedy Bang Bang this season.