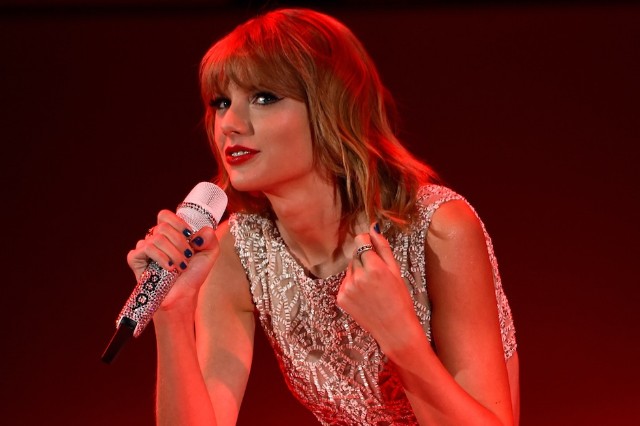 So you may not have heard, but this little-known singer/songwriter named Taylor Swift released a new record called 1989 this week, and it’s doing pretty well. Like, really, really well.

The fifth album from New York City’s newest tourism ambassador is on pace to sell one million copies in its first week, according to industry forecasters. In the first 24 hours of its release 1989 sold more than 400,000 copies, according to Pop Weekly. If — let’s be real, when — Swift’s latest sells a million copies, it’ll be the first album released this year to cross the seven-figure mark. So far, the Frozen soundtrack, which was released last year, is the only album to sell more than a million copies in 2014.

If 1989 hits the million mark by the end of the week it’ll be the 19th album to do so in the 23 years that such stats have been measured. The last album to sell a million in one week? Red, by Taylor Swift. This lady does not mess around.

Swift’s official first-week sales will be counted by SoundScan, and announced Wednesday, November 5. She’s probably going to get a little help from a crazy promotion from Microsoft, who are selling the album for only $0.99 through their Music Deals app.