And 11 others were seriously injured by the 60-foot fall 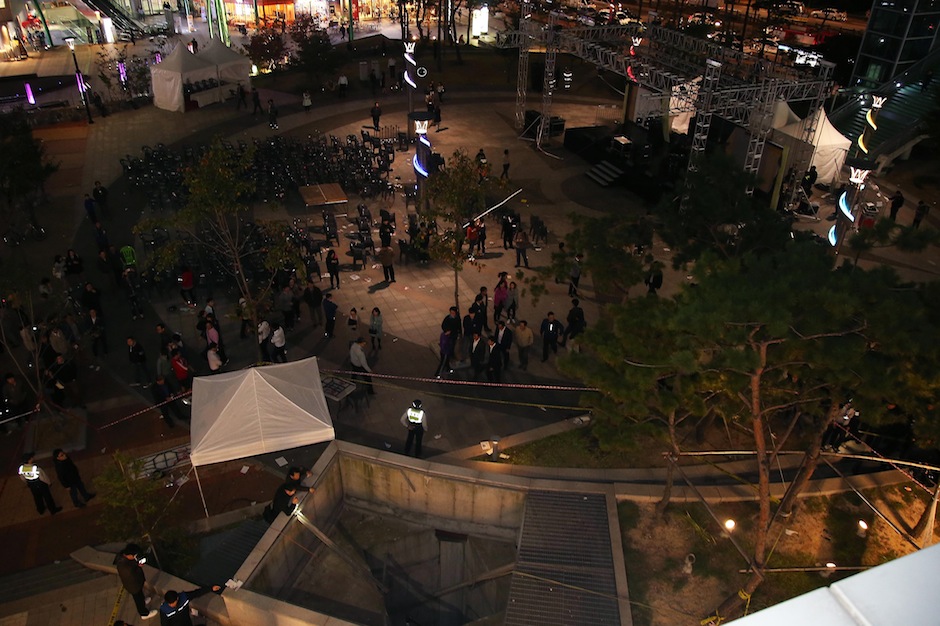 Sixteen people fell to their deaths while attending a K-Pop concert in Seongnam, South Korea, on Friday, the Associated Press reports. The victims were standing on a ventilation grate that collapsed while they were watching the girl group 4Minute. Fire officials are reporting that 11 others were seriously injured by the 60-foot fall.

More than 700 people turned out to watch the show, and fire officials said most of the victims appear to have been commuters who stopped to watch part of the outdoor gig on their way home. The majority of the victims were men in their 30s or 40s, in addition to five who were women in their 20s or 30s, according to the same officials.

The concert reportedly continued for several minutes after the grate collapsed, as the crowd was initially unaware of the accident. Prime Minister Chung Hong-won visited an emergency center in Seongman, which is near Seoul, soon after the tragedy occured.