Meet the Team of ‘Rocket Scientists’ Behind Skrillex’s ‘Mothership Tour’

A new documentary shows how the massive rig was made 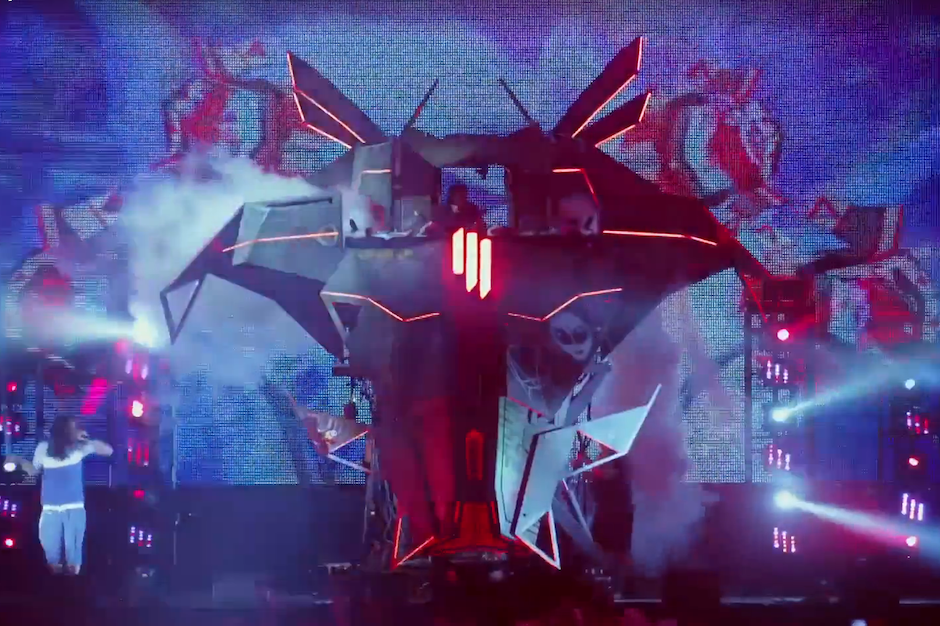 One of the standouts of Skrillex’s Mothership tour has been the gigantic spaceship he “pilots” during his sets. The massive vessel is able to soar around the stage and dive low to the ground amid a dizzying cavalcade of lights and deep drops. As you might expect, putting together this impressive piece of machinery took a lot of effort — the extent of which has been revealed in the producer’s new behind-the-scenes documentary, Let’s Build a Spaceship.

The 35-minute film, which premiered on Red Bull TV on Saturday following Skrillex’s Austin City Limits set, delivers on exactly what the title promises, introducing the audience to the technicians that helped make the dubstep producer’s interstellar dreams a reality. Watch and see how much work it took to make sure that the mothership didn’t go awry.