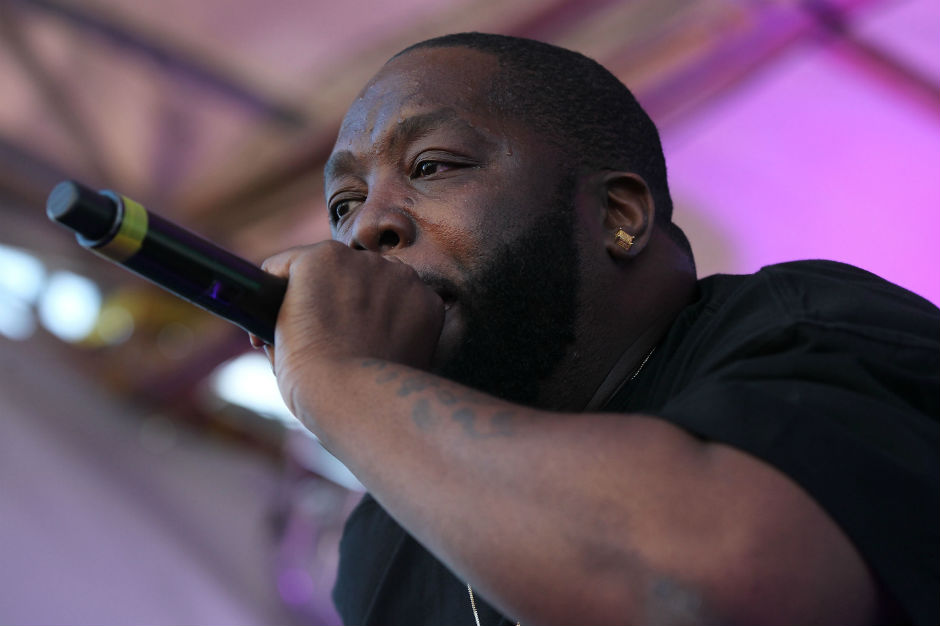 Hip-hop superduo Run the Jewels generally have more than enough rage between the two of them to take on just about anything, but certain machines require additional firepower to shoot down. To that end, RTJ have enlisted the talents of the ultimate in machine-raging, rapper/screamer/inciter Zack De La Rocha, whose piercing howl is enlisted for Run the Jewels’ inciendiary new track, “Close Your Eyes (And Count to Fuck).” The song, which takes on subjects ranging from prisoner torture to oppressive religious heads, is an absolute scorcher, and De La Rocha’s cameo on the third verse (and his chopped-up chanting on the chorus) takes it to the next level.

“We will burn this motherfucker down if shit don’t change,” rapper/producer El-P told Buzzfeed of “Close Your Eyes.” Hear the team-up here, and try not to listen with any authority figures nearby. That just wouldn’t end up well for anyone.