Prepare to enter a (weird) world of pure imagination 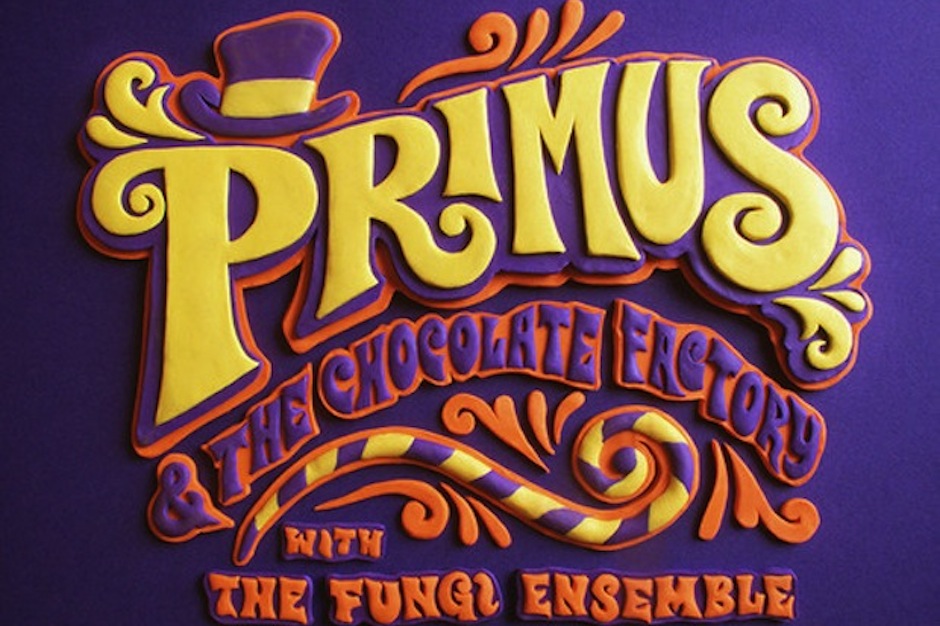 This link is your Golden Ticket to listen to Primus’ wonderfully bizarre Willy Wonka concept album, Primus & the Chocolate Factory with the Fungi Ensemble, which is currently streaming via the New York Times, a full week ahead of its October 21 release date.

Primus decided to make the album — their first in 20 years with Les Claypool, Larry LaLonde, and Tim “Herb” Alexander — as a tribute to the 1971 film staring Gene Wilder. According to a press release, the group was moved to celebrate the classic film in their own weird way because they hated Tim Burton’s 2005 remake. “I think like a good portion of the planet, we were all pretty put off by the remake,” Claypool said. “I really wanted to pay homage to a film that was very important to me as a kid and very influential to me musically.”

We’ve already heard “Pure Imagination” and “Golden Ticket,” and the rest of the songs are suitably twisted and borderline terrifying. But, to be honest, it’s a pretty perfect fit for the movie. Wonka was kind of a creepy dude — especially during that nightmare-inducing boat ride. Give it a listen now and decide for yourself if the snozzberries sound like snozzberries.