Could this be the next big musical feud? 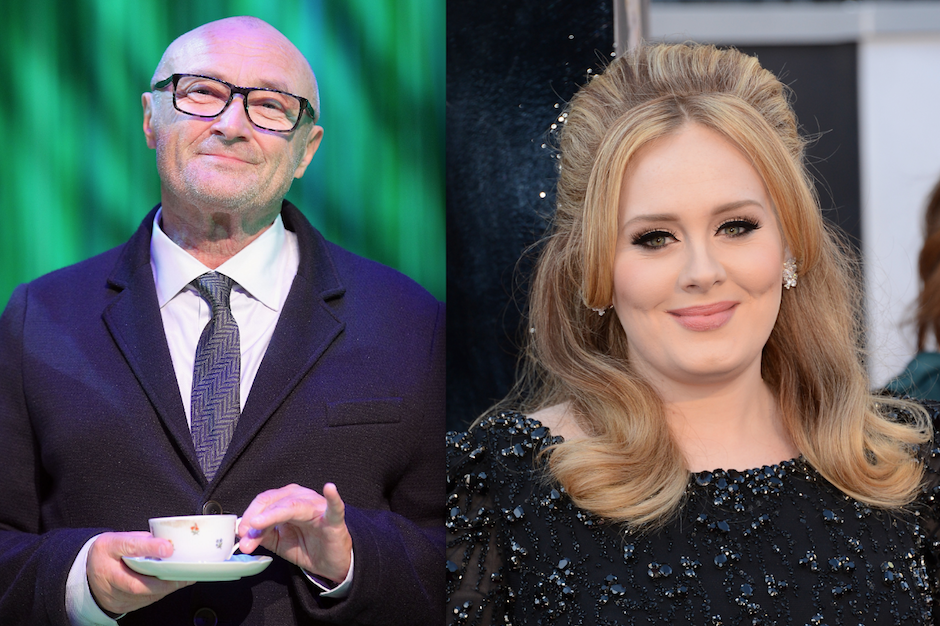 Phil Collins will not, in fact, be working on Adele’s next album as the former Genesis drummer reported earlier this year. In January, Collins said the 21 singer had reached out to him for help on her next album. However, in an interview with Q Magazine, he explained that he never heard back from Adele. “She gave me a piece of music to finish and at first I didn’t know if I’d failed the audition as I didn’t hear back from her,” he said. Later, Adele told him that she wasn’t actually working on an album after all because she had to move while also dealing with a new baby.

Or was she? “And now I’ve heard there’s a [new album] coming out. I’m not on it, I know that,” Collins said, adding “She’s a slippery little fish is Adele.”