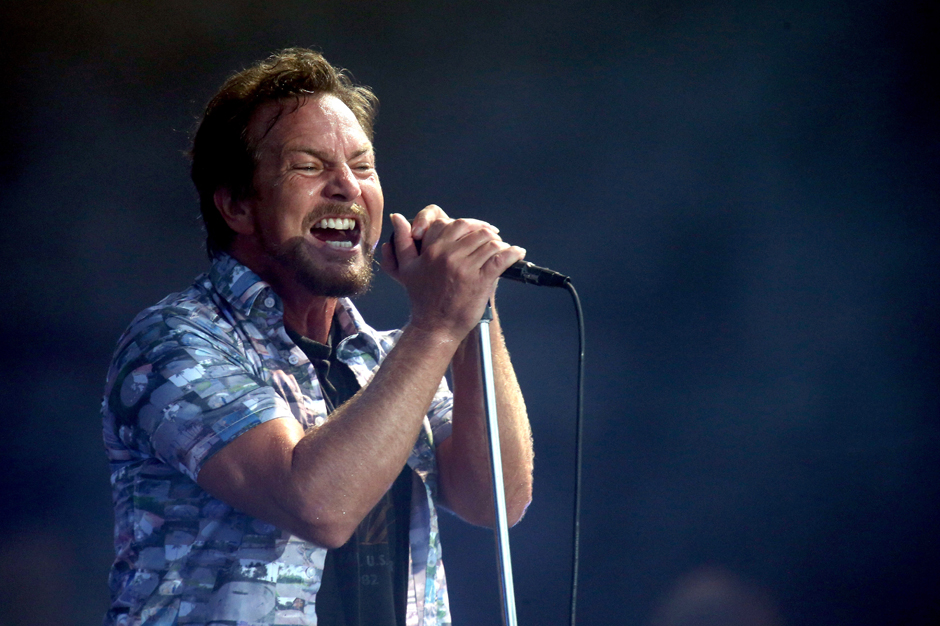 Over the weekend, Pearl Jam performed a set in Moline, Illinois that featured a song aptly titled “Moline” as well as their entire fourth album No Code in full. The week prior, Eddie Vedder paid tribute to John Lennon on the Beatles singer’s 74th birthday with covers of “Imagine” and “You’ve Got To Hide Your Love Away.” Last night in Milwaukee, the band decided to keep that momentum going with a full performance of Yield, their 1998 album that features the tracks “In Hiding” (below), “Red Bar” and “Do the Evolution.”

Later in the night, Pearl Jam also invited Cheap Trick’s Rick Nielsen — who just last week joined the Foo Fighters during a Letterman performance of “Stiff Competition” — onstage with them for a cover of the Who’s quintessential stadium singalong track, “Baba O’Riley.” To top things off, Eddie Vedder dusted off a cover of Tom Petty’s 1989 solo single, “Won’t Back Down.” Watch those both below.