It's really mature behavior from both sides 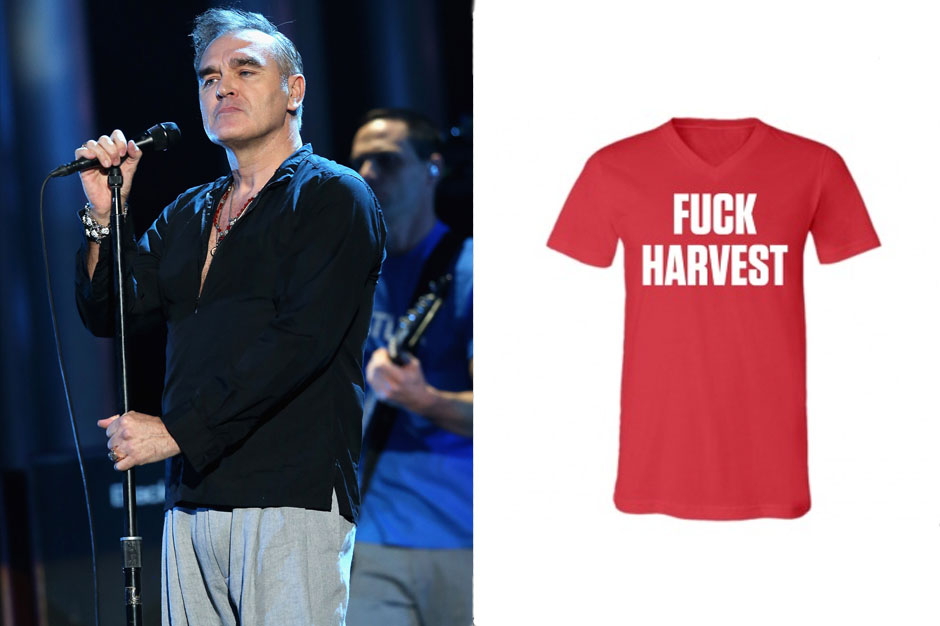 Morrissey is a fan of provocative T-shirts, and it turns out Harvest Records is as well. The label is now selling a knockoff version of a profane shirt that Moz has worn in past months, after the pair’s recent falling out. If you remember, Harvest removed Morrisey’s new album from stores and appears to have dropped the former Smiths frontman entirely, though there are conflicting reports about that. Following the controversy, the Pope of Mope and his backing band have started wearing t-shirts that read “Fuck Harvest” in bold letters across the front.

In what we’re sure is a total coincidence and not at all trolling on Harvest’s part, “Fuck Harvest” t-shirts are now for sale on the label’s website. It’s not the classiest of moves, especially as the 55-year-old just revealed this week that he’s undergone cancer treatments in the past few years, and we’re not sure how the notoriously cranky crooner is going to respond to this latest development. Here’s a suggestion: a “Fuck Harvest” poncho or three-piece suit?