The hip-hop trio took home the prize for their debut album, 'Dead' 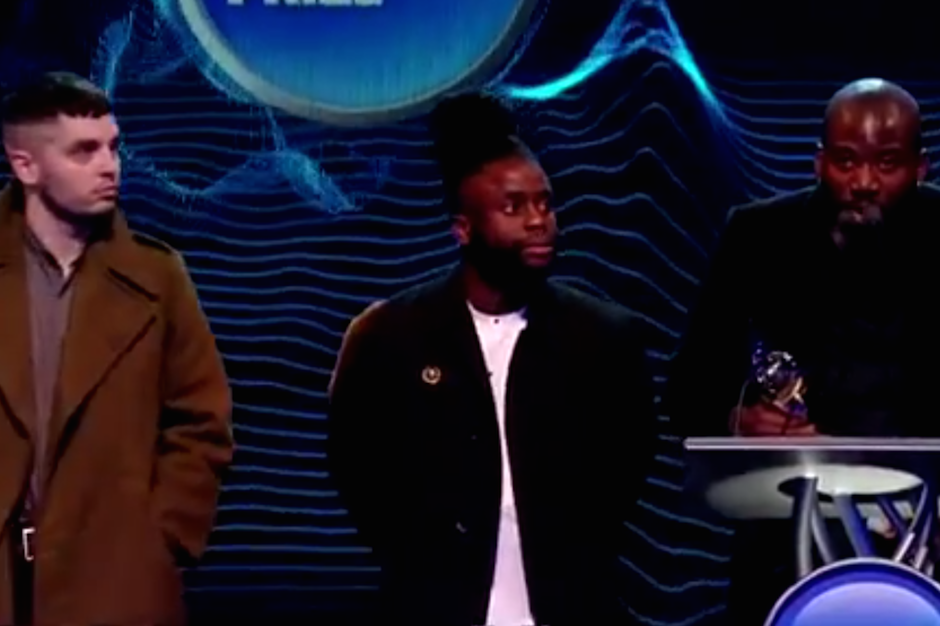 Last night, Afro-Scottish art-rappers Young Fathers took home this year’s prestigious Mercury Prize, beating out such high-profile acts as FKA Twigs, Damon Albarn, and Royal Blood for the award. Winning for their debut album (that would be this year’s Dead), the rap trio kept things quick and simple: “Thank you, we love you all,” they said, before leaving.

The Scottish rap collective put themselves on the map last year with a series of mixtapes, which they followed up with the trip-hop meets art-rock album Dead this February. Other acts nominated this year included Anna Calvi, Bombay Bicycle Club, East India Youth, GoGo Penguin, Jungle, Kate Tempest, Nick Mulvey, and Polar Bear. Last year, James Blake won the prize — which comes with a nearly $32,000 monetary attachment as well — for his album Overgrown. Previous noteworthy winners also include Portishead (1995), PJ Harvey (2001 and 2011), the XX (2010), and Alt-J (2012).

Watch a brief BBC clip of the band’s win as well as the rappers’ “Get Up” video, below.