‘South Park’ Thinks a Middle-Aged Man Can Pass for Lorde 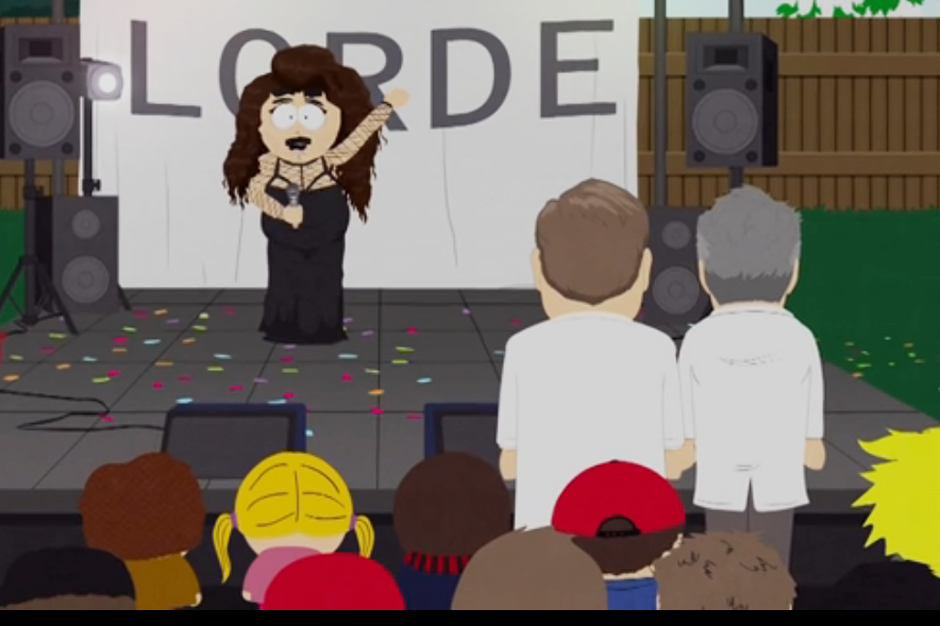 South Park has never hesitated to take the piss out of celebrities who deserve to get a firm knuckle-rapping, but has Lorde ever really done anything all that worthy of drawing the cartoon creators’ ire?

Apparently, Trey Parker and Matt Stone seem to think so, which is why in last night’s “Gluten Free Ebola” episode of the long-running comedy, the middle-aged Randy Marsh character — who it should be noted, to put this in the utmost context, is an adult man — was revealed to work with Lorde’s uncle. When Lorde couldn’t be booked for a concert, Marsh picked up the mantle.

The thing is, for a joke on a show like South Park to totally land, it has to be something the audience can get behind, like the justified takedown of someone’s ego, as the show famously did to Kanye West. Lorde is 17, though, and by all accounts — acceptance speeches and otherwise — seems to be pretty humble, so, cool joke guys? It’s another segment in the long saga of “Lorde age truthers.” Watch the entire episode below, and fast forward to the 21:00 minute mark to see the “Yellow Flicker Beat” singer’s “cameo.”