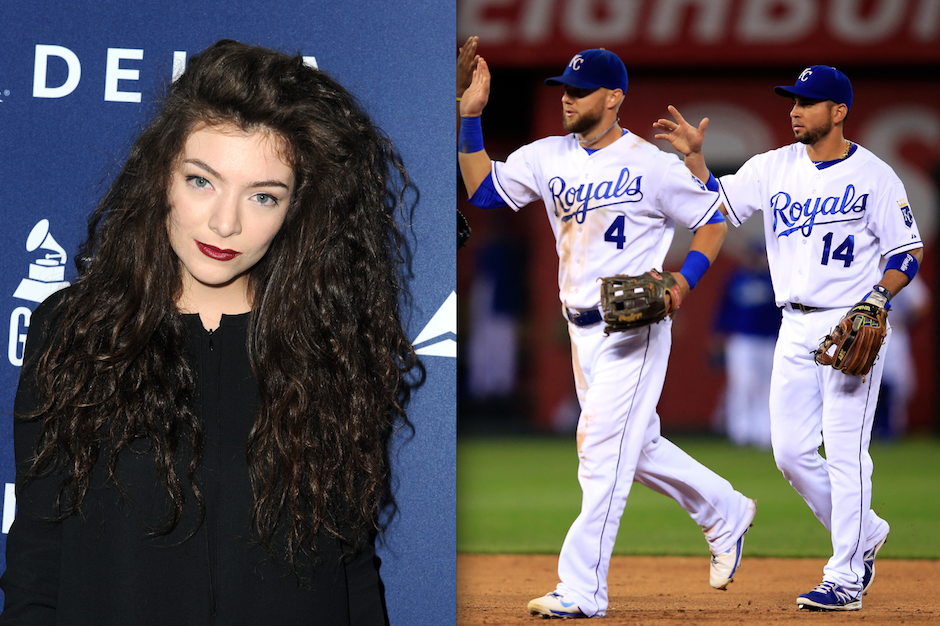 Two San Francisco radio stations have banned Lorde’s “Royals” from the airwaves for the next week because baseball is Very Serious Business, and Lorde is supporting the enemy. The New Zealand pop star’s debut single has, naturally, been embraced by the Kanas City Royals, who take on the San Francisco Giants in the World Series starting Tuesday, October 21. Dedicated Giants fans asked Bay Area radio stations KFOG and 96.5 KOIT to “never play ‘Royals,'” and they happily complied. The two stations agreed not to play the song for at least a week, though it could be a little longer, depending on how many games the series lasts.

Meanwhile, 99.7 THE POINT in Kansas City responding to this slight by putting “Royals” into heavy, heavy rotation during the first game. The station explained in a press release that it would be playing the apparently-controversial song “on the hour, every hour, from 7:00 a.m. until 7:00 p.m., on opening night of the World Series.”

The actual lyrics of “Royals” have almost nothing to do with baseball aside from the name, though there is a loose connection to the Kansas City team. According to Lorde’s mother Sonja Yelich, the singer was leafing through old National Geographics when she saw a 1976 picture of third-baseman George Brett, and was inspired by the word “Royals” emblazoned on his uniform.

Neither city’s radio stations have taken a stance on playing They Might Be Giants during the series.