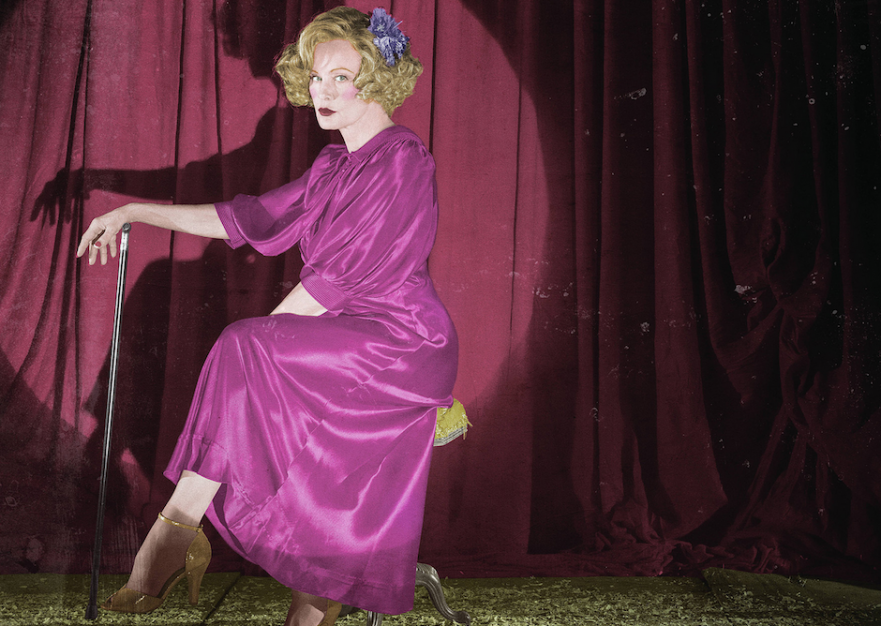 American Horror Story’s creator Ryan Murphy got people excited when he teased Freak Show star Jessica Lange’s cover of a Lana Del Ray track earlier this month. Now the AHS mainstay’s take on “Gods and Monsters” is here, thanks to the sleuths over on Tumblr.

While we’re sure that this cover will be even better in the actual episode with AHS’ signature outlandish visuals accompanying it, Lange certainly does the track justice (as if there were any doubt). The only quibble — a minor one, really — is the censorship of a pivotal F-bomb in the song’s chorus. A clown brutally murdering people on cable television is fine and dandy, but naughty words are just too scary for the American Horror Story audience.

“Gods” is embedded below, now along with the video from last night’s AHS episode. Earlier this season, Lange covered David Bowie’s “Life On Mars,” and both of Sarah Paulson’s heads sang Fiona Apple’s “Criminal.”