Flea Jumps to Defend the Honor of Kobe Bryant 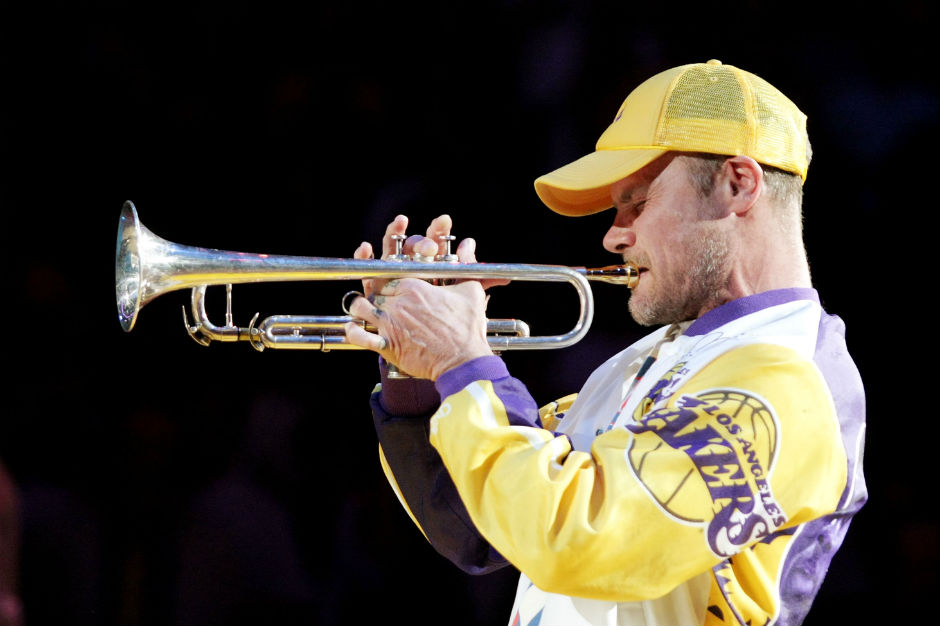 ESPN drew the considerable ire of the Los Angeles Laker faithful a couple of days ago when they published Henry Abbott’s takedown piece of franchise great Kobe Bryant, subtitled “Kobe: He is arguably the greatest player in the history of the Lakers’ franchise. He is also destroying it from within.” The article explains how the exorbitant contract, “me-first” playing style, and general bad attitude of the five-time champion Bryant is the primary reason why the team has failed to attract free agents in recent years, subsequently falling on hard times and missing the playoffs for the first time in almost a decade last season.

Laker fans, naturally, did not take particularly kindly to the drubbing of their team’s longtime totem, and voiced their displeasure with the article on Twitter. One of the most vocal opponents of the article was none other than Red Hot Chili Peppers bassist (and Staples Center courtside regular) Flea, who called out Abbott by name to publicly decry his hatchet job.

henry abbott your @espn kobe article is absolute garbage and a blatant irresponsible attack. You forgot to get smush Parker for a quote too

Ouch. When Laker fans invoke the name of Smush Parker — the point-guard paragon of the franchise’s dark years, and a noted least-favorite teammate of Kobe’s — you know they mean business. As for the “irresponsible” part, Abbott’s article also attracted some criticism for its heavy reliance on anonymous sources to back up the majority of his points. In any event, Kobe and the rest of the Laker Nation can rest easy in the knowledge that one of their city’s most prominent rock icons (and social media presences — over a million followers!) will forever be lurking in the shadows, ready to cape up for the Purple and Gold whenever the situation requires.