Hear David Bowie’s Monolithic, Jazzy ‘Sue (Or in a Season of Crime)’

From 'Nothing Has Changed,' a career-spanning compilation due out November 18 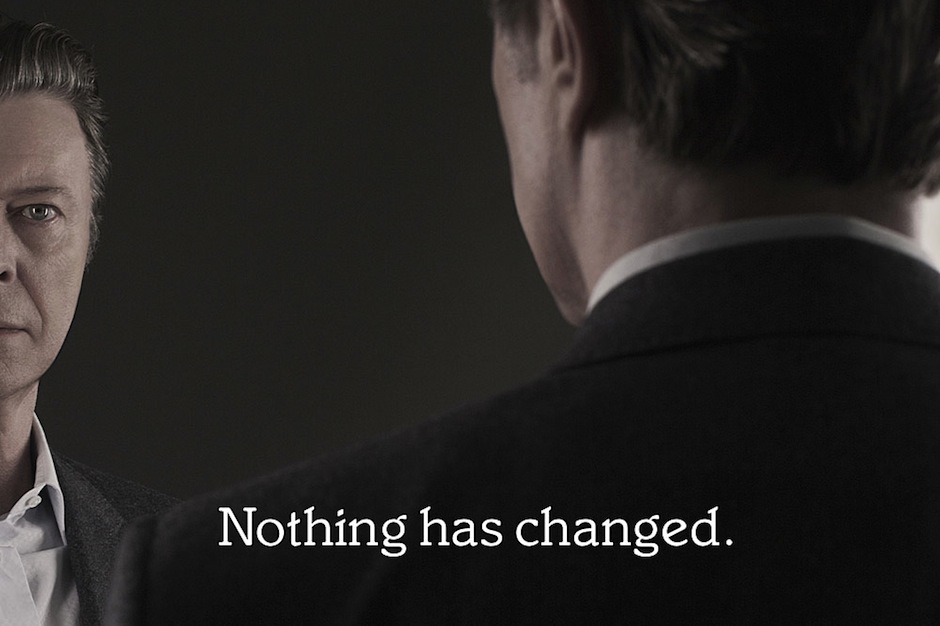 Back in July, David Bowie promised “more music soon” to a charity event celebrating his 50-year career. It became apparent soon after that the music would take the form of a new single called “Sue (Or in a Season of Crime)” and career-spanning compilation cheekily named Nothing Has Changed. Today, after its premiere on Guy Garvey’s BBC Radio 6 show, Consequence of Sound points out that a radio rip of that new single has surfaced on Youtube, and it’s a doozy.

Clocking in at over seven and a half minutes long, “Sue” offers a whole spectrum of serpentine jazz pop—chockfull of rubbery grooves indebted to krautrock and Bowie’s ever-present high drama. As ever, production duties were handled by Tony Visconti, but this time the duo brought along the Maria Schneider Orchestra to handle the strings and brass that mark the tune.

Pitchfork notes a few new details about the compilation. It will apparently feature three different covers, each of which features our art-pop chameleon looking into a mirror. Each cover corresponds to a different tracklist, one of which is in chronological order, another in reverse chronological order, and another that jumps around. Designer Jonathan Barnbrook says that such an order illustrates that this is a compilation organized “through the experience of one person’s life, not necessarily a specific concept or period of time as albums tend to be.”

That compilation follow-up to The Next Day hits stores on November 18th via Columbia/Legacy, but “Sue” hits stores on its own a little later on a 10″ for Record Store Day’s Black Friday celebration on November 28, with another new track called “Tis a Pity She’s a Whore” as a B-side. For now you can stream “Sue (Or in a Season of Crime)” below, along with all three of the album covers.