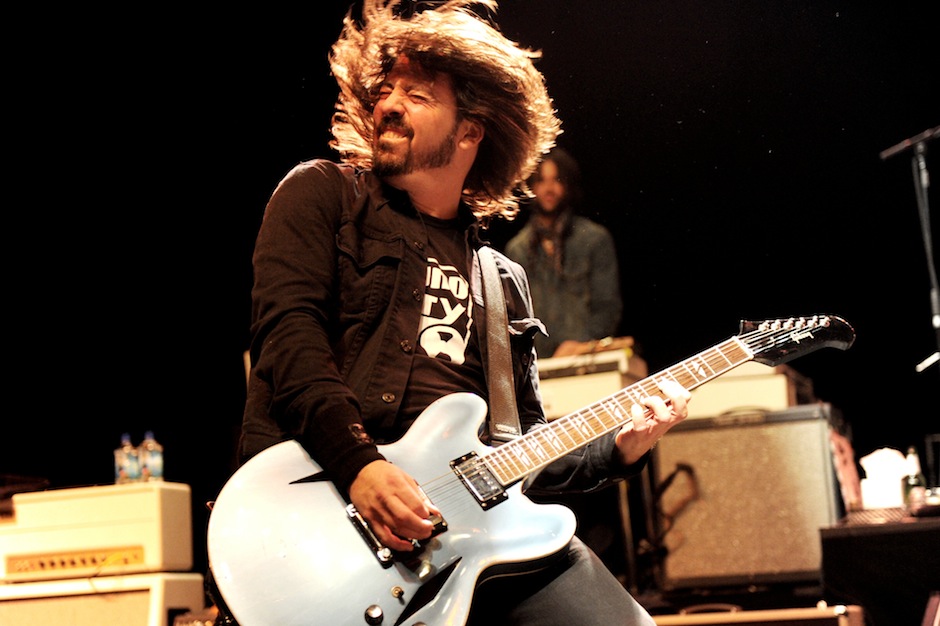 Dave Grohl is not a fan of TV talent shows — partially because he doesn’t think he would’ve gotten past Simon Cowell’s withering criticism had he appeared on American Idol. “I would never make it,” the Foo Fighters frontman told Anderson Cooper on Sunday’s episode of CBS’ 60 Minutes while promoting the Foo’s upcoming Sonic Highways album and HBO show. In Grohl’s opinion, shows like Idol and The Voice squelch budding talent in the early rounds and tend not to favor unique voices.

“Who’s to say they’re not good or not? Imagine Bob Dylan standing there singing ‘Blowin’ in the Wind’ in front of those judges,” Grohl said. “‘Sorry, it’s a little nasally and a little flat. Next.'” We take it that Grohl won’t be pulling a Taylor Swift and guest-judging on The Voice anytime soon. Head over to the 60 Minutes website to check out the full interview.