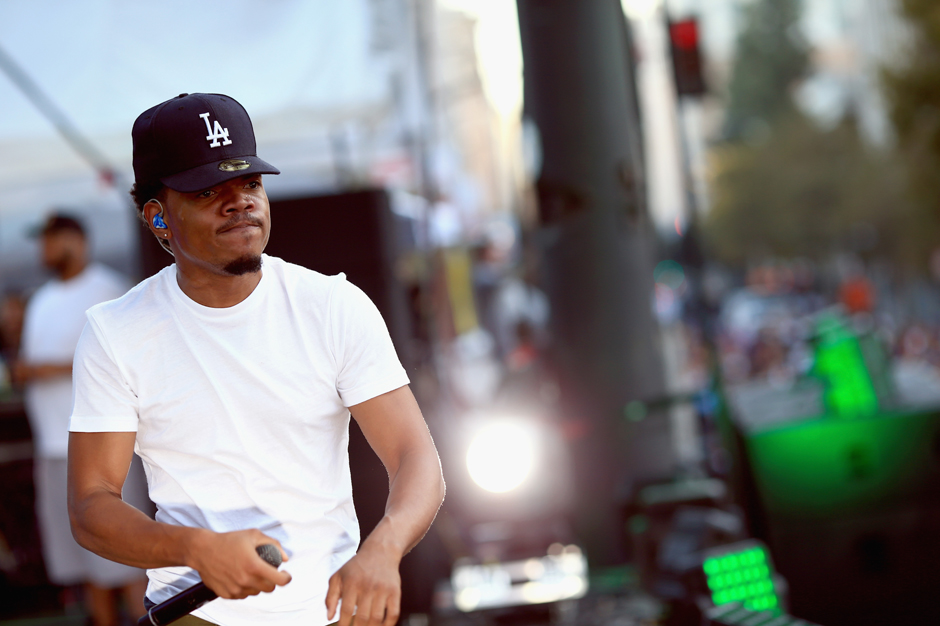 In a new interview with Billboard, Chance the Rapper has announced that he’s sitting on a pile of new songs that he plans to release soon, including collaborations with Frank Ocean, J. Cole, and Migos. SPIN’s 2013 Rapper of the Year also noted that his first major release since last year’s Acid Rap — our pick for the No. 2 album of last year — is called Surf, features his band the Social Experiment, and could basically drop at any given moment.

Surf is the first project, which is coming out before the end of 2014. It’s the first Social Experiment project. It’s a big step for all of us all putting our heads together and letting Nico [Segal, a.k.a Donnie Trumpet] hold the reigns and carry it. There’s a lot of great instrumentation. A lot of input from cool writers. I’m already saying too much.

Speaking about the direction he’s taking with his new projects, Chance says he was inspired by various artists’ live concerts and, more interestingly, Broadway musicals. “A lot of influence has come from The Lion King musical,” he said. “You could probably tell if you listen to ‘Arthur.’“

Last week, the rapper released his latest single, “No Better Blues,” a hard-edged track that he now says was meant to be a thought-provoking take on hatred.

I wanted there to be a certain level of confusion about it, because they are things that people might find themselves saying on a regular basis that they hate. Like the war or the government. It was just poking fun at saying that you hate anything. There’s so much positivity in the world and your day-to-day life that to go as far as to say that you hate something or you wish it didn’t exist and all the bad things in the world happen to you and only you, it’s a joke. It’s not real to have that much hate in your heart.

Among other things, Chance hinted that he’d also clocked some studio time with Pharrell. Consider us on the edge of our seats.