The Austin City Limits festival kicks off today in, duh, Austin, but folks in other locales will be treated to another gift from the rock and folk institution this weekend. The Austin City Limits television show returns to PBS for a 40th season on Saturday night, kicked off by an hour-long set from Beck. We’ve seen a couple clips from the performance already — witness the mercurial Los Angeles icon doing “Loser” and “Blue Moon” — but now we’ve got a web exclusive to share. Seen above, our Morning Phase man leads his trusty band through a panoramic version of Sea Change stand-out “The Golden Age.” It’s a keeper, which makes us wonder what bumped this cut from the actual episode. Well, you can take a look at the set list below and place your bets. Stay tuned for more performances by Nine Inch Nails, Tweedy, Nick Cave, and more. 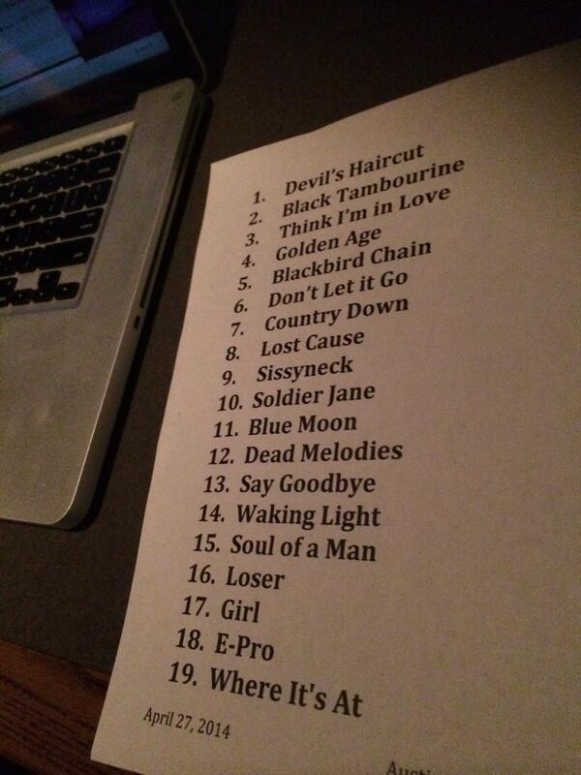