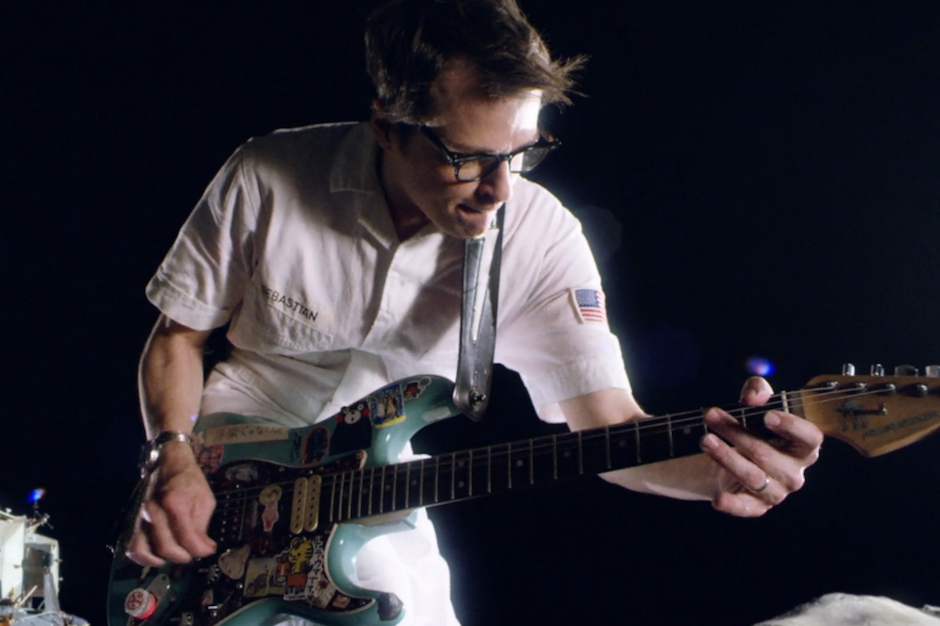 Just about everything in the lead-up to Weezer’s ninth studio album Everything Will Be Alright in the End has been about gazing backwards. In interviews, they’ve called this a successor to their most beloved material from the early ’90s. They’ve also reenlisted producer Ric Ocasek, who handled the boards on The Blue Album and Pinkerton.

The record’s nostalgically minded first single “Back to the Shack” also takes a look into the rearview mirror and attempts to right some wrongs, but the video, which Cuomo and crew have shared today, instead decides to look forward to a gleeful future where an alt-rock band can jam on the moon without astronaut suits or an apparent need for oxygen. It never really gets more complicated than that, aside from the integration of some clips from the initial moon landing, but simple visuals were always what Weezer did best anyway.

Watch the video via Noisey, and if you’re in need of some more reminiscing, check out Cuomo’s interview on Marc Maron’s WTF podcast.