'Songs of Innocence' is free courtesy of iTunes 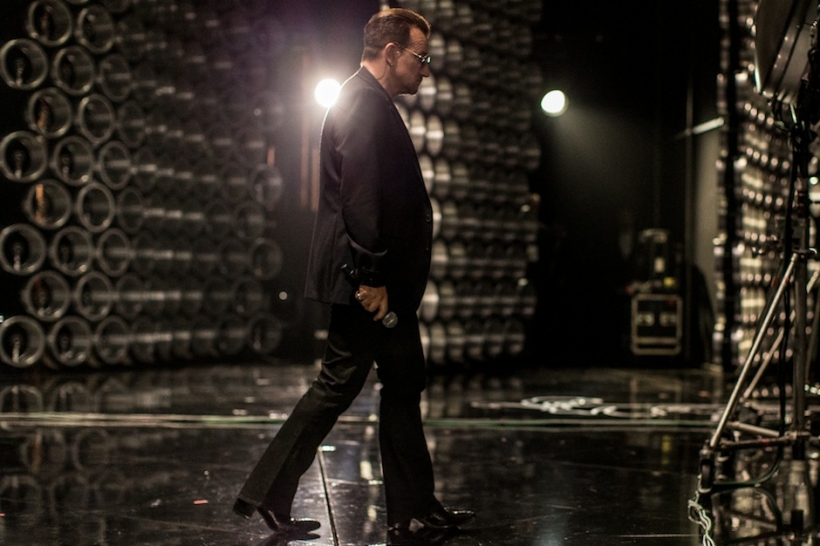 As part of today’s annual Apple conference in Cupertino, California, U2 released a brand new full-length album for free on iTunes. Titled Songs of Innocence, the album marks a return to the hard-nosed rock that the Irish band embodied decades ago, with new songs like “The Miracle (Of Joey Ramone)” and “Volcano” among the bunch. U2 recorded the album with production assistance by Danger Mouse, Adele-collaborator Paul Epworth, One Republic’s Ryan Tedder, Declan Gaffney, and Flood. Here’s what Bono had to say in an official Apple press release:

From the very beginning U2 have always wanted our music to reach as many people as possible, the clue is in our name I suppose—so today is kind of mind-blowing to us. The most personal album we’ve written could be shared with half a billion people… by hitting send. If only songwriting was that easy. It’s exciting and humbling to think that people who don’t know U2 or listen to rock music for that matter might check us out. Working with Apple is always a blast. They only want to do things that haven’t been done before—that’s a thrill to be part of.

If you’re an iTunes customer, you should just be able to open the program now and receive Songs of Innocence immediately. It’s not the first time U2 has partnered with the tech giant, following their popular red and black limited edition iPod collaboration in 2003. It’s nice to see that Apple and Bono could put their charity-related differences aside in time for Songs’ release.