Guess Who’s Back? U2 Bassist Says Another Album Is 70 Percent Done

Can you guys just sit down and take a breath? 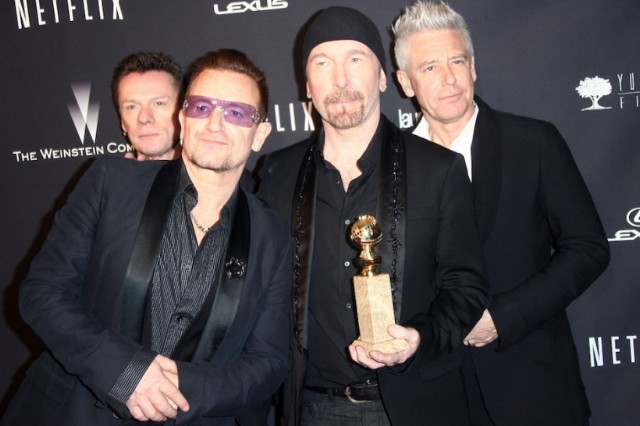 U2 apparently do not know when to stop. Today brings us the glorious news that the Irish pop legends weren’t content simply depositing their new album, Songs of Innocence, into our iTunes accounts without permission.

According to NME, U2’s bass player Adam Clayton has confirmed that the group has currently “got 70 percent of the material that we think will go onto [the next album]. The 30 percent that we’re missing I think we’ll be able to generate relatively easily,” he said, which sounds kind of like a threat to us. He added, “But the amount of energy it will take to refine the perspective of those songs is hard to predict.”

Fear not, iTunes users who rejected the U2 album with folded arms: Clayton notes that their next album, tentatively called Songs of Experience until they get the common sense to notice the flies buzzing around that title, will not be released in the same manner.

“There’ll be a bit of water under the bridge before we get to that point,” he said. “But yeah, I think it would be a bit predictable to do the same thing. And y’know, the law may have changed by then and we’ll have to find some other way of doing it.”