Do U Even Satan, Bro? Here’s a New Slipknot Video

Man ripping own face off? Yep. Death by ravens? Uh-huh. Self-cannibalism? You bet.

Slipknot may be the most outwardly unlovable-looking band to genuinely deserve the descriptor “beloved.” Rock deities like Dave Grohl consider 2001’s Iowa album a classic, and excitement is building toward the release of the Des Moines alt-metal collective’s fifth full-length in 20 years, .5: The Gray Chapter, due October 21 on Roadrunner Records. Late last month they dropped an appropriately epic and evil-sounding single called “The Devil in I,” and now there’s a video that is pretty much the most dastardly and disturbing non-real thing you’ll see on the Internet today. In truth, it’s testimony to the incredible B-horror directorial skills of percussionist M. Shawn Crahan, a.k.a. Clown.

Things start innocently enough, with a disco ball and a bunch of people in potato sacks grooving to the sweet sounds of Slipknot, house band at your local cathedral/asylum-type venue. But then come the straightjacket-bound, wheelchair-riding roustabouts, and shit starts to get weird. One dude decides to eat the very same arm that’s attached to his shoulder. Number Seven rips off his own face just to teach the straightjacket guys a lesson about crashing Satanic raves. Gigantic ravens start pecking another guy to death. There are flaming hangings, furious group stabbings, vicious dog attacks, and multiple moments where the haze of blood overtakes the camera. Everyone in Slipknot dies.

Which makes this upcoming tour a little awkward. Though, the series of dates listed here are dubbed Prepare for Hell, so maybe we’ll be catching the fellas in purgatorial phase, before they finally depart for an eternity that probably looks a lot like this: 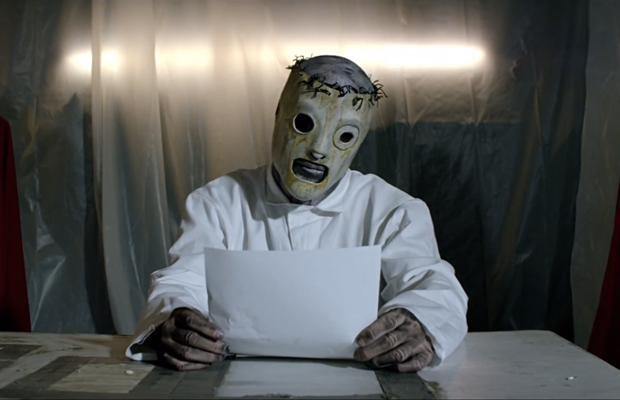 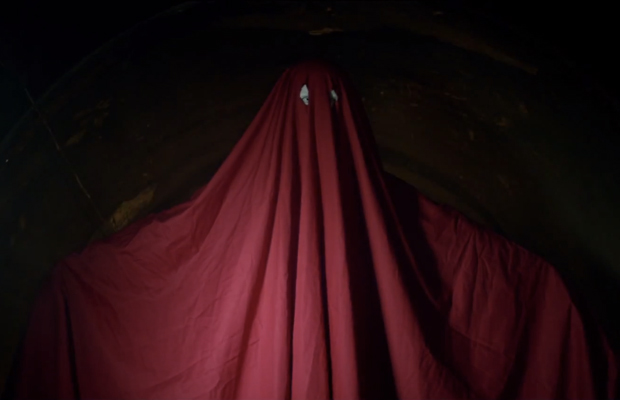 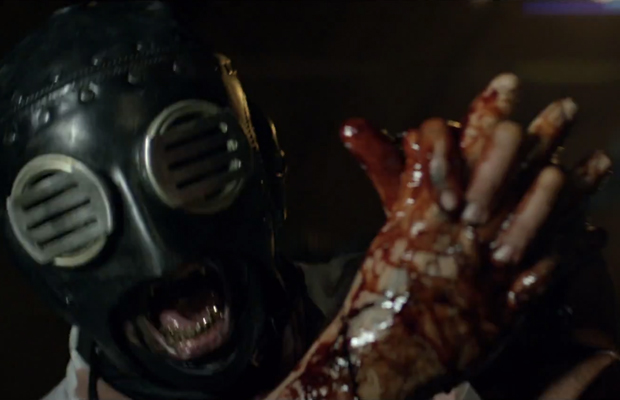 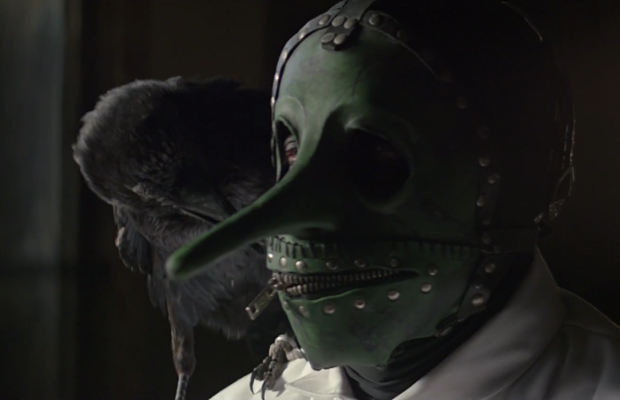 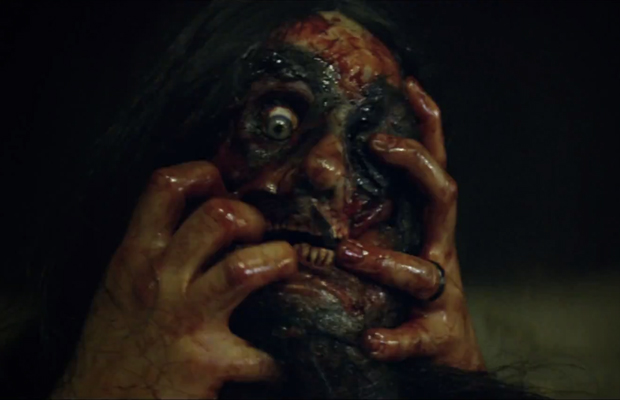 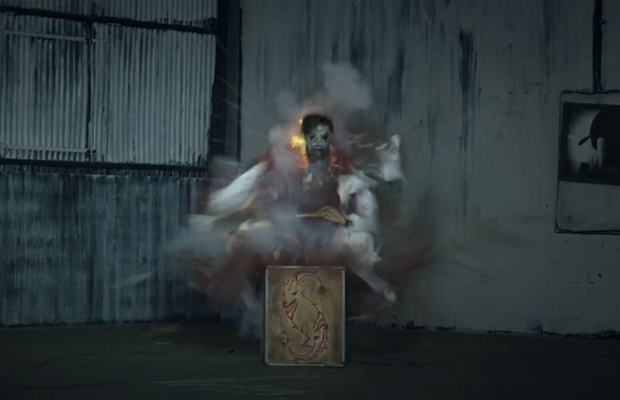