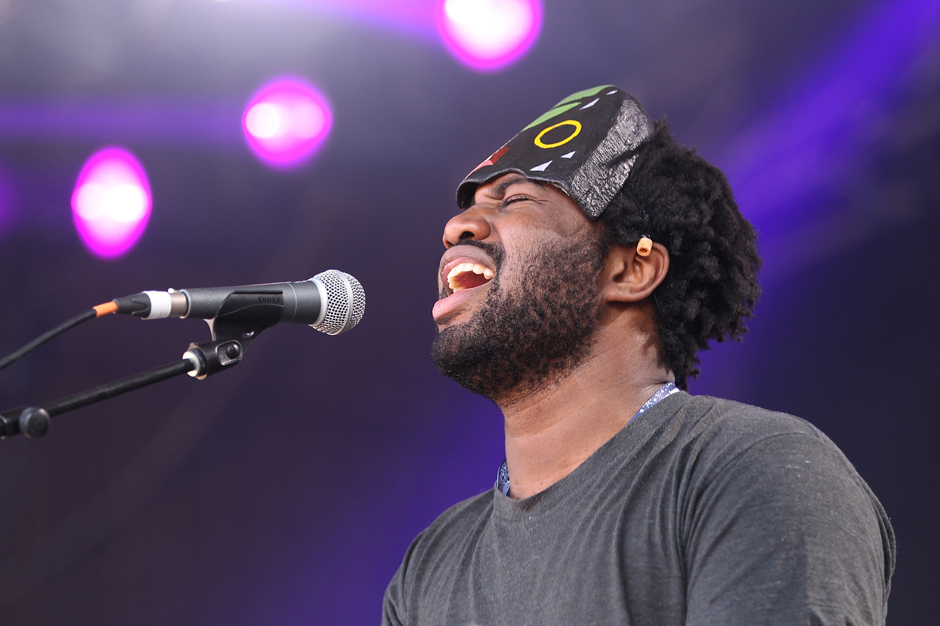 For a singer without a Wikipedia page, 18-year-old Atlanta based singer Raury has had a banner year so far. Beyond simply releasing his debut project, Indigo Child, the teenager was also enlisted by OutKast to open their hometown shows this month. Now, British electronic producer SBTRKT releases his Raury-assisted “Higher,” the third track from the former’s upcoming album, Wonder Where We Land. Though it’s not as weird as his batshit crazy Ezra Koenig collab, “New Dorp, New York,” the new single has a serious melancholic bite to it. Raury’s voice flutters with confidence, the singer seemingly never actually pausing for breath while rhyming about his daddy issues. “I forgot his birthday back when I was 10, that doesn’t bother me at all,” he sing-speaks atop SBTRKT’s darkly fuzzy keyboards and drum machine. Stream the song below and stay tuned for SBTRKT’s Wonder Where We Land (October 7), which also features a turn from Ariana Grande’s buddy A$AP Ferg.

Watch Chance the Rapper Team Up With D.R.A.M., Ty Dolla $ign, and More on Fallon