If fans raise $40,000, Meow the Jewels will be a thing, and Mike Brown's family will benefit 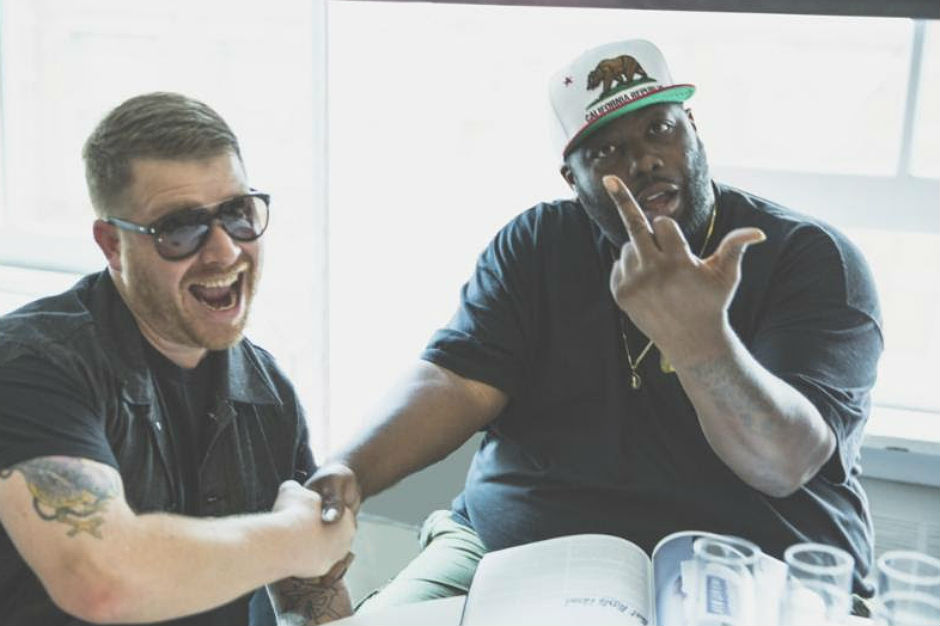 Run the Jewels have teasing us with streams of “Oh My Darling Don’t Cry” and “Blockbuster Night Part 1,” but Killer Mike and El-P are thining outside of the tracklist to promote their new album, Run the Jewels 2. Earlier this week, fans flooded their pre-order where they were offered purchasing packages that ranged from standard downloads or CDs, to deluxe 4LP vinyl, to $7,500 for backstage access. Thankfully, no one paid $10 million for the duo to retire outright.

Within that broad spectrum was the option for the $40,000 “Meow the Jewels” package, which would have the fellas remake the whole album using nothing but cat sounds. That one apparently hit some sort of financial/cultural sweet spot, because a few hundred fans pledged actual dollars toward making this happen by way of an independently initiated Kickstarter campaign — which is to say, El and Mike didn’t make the page.

The fundraising effort is set at a $45,100 goal — wiht the extra $5,100 earmarked for Kickstarter and Amazon fees, plus reward shipping. A potential hangup: the pre-order specifies that, for offers over $35,000, Run the Jewels “reserves the right to take your money and not fulfill any of its obligations as outlined.” But El-P has publicly gotten behind the project and said he would donate his $40,000 cut to the families of two recent victims of police brutality.

if meow the jewels happens i intend to donate the money somewhere that will directly benefit the families of Eric Garner and Mike Brown.

Meanwhile, the Kickstarter organizers will sell the album online and have promised to donate any revenue from sales to similar causes. Due to Kickstarter rules against direct fundraising for charity on the platform, the page offers this caveat: “THIS KICKSTARTER IS NOT RAISING MONEY FOR CHARITY….ALL MONEYS RAISED WILL BE USED TO CREATE THE MEOW THE JEWELS ALBUM, ALL PROFITS FROM SAID ALBUM WILL BE DONATED!!!! THANK YOU ALL #MEOW”

Per Run the Jewel’s pre-determined rules, the opportunity for exploiting these tracks lasts three years or up to $100,000 in net global profit, whichever comes first. Rewards for those pledging range from digital downloads to stickers and surprise packages, to a limited vinyl edition of the Meow the Jewels album and the chance to have your own cat’s recorded and mixed into the music (that’ll run you $5,000).

So far more than 380 people have collectively donated over $6,100 to the cause. Whether or not the campaign reaches its goal, at least we’re getting some pretty funny artwork out of it: 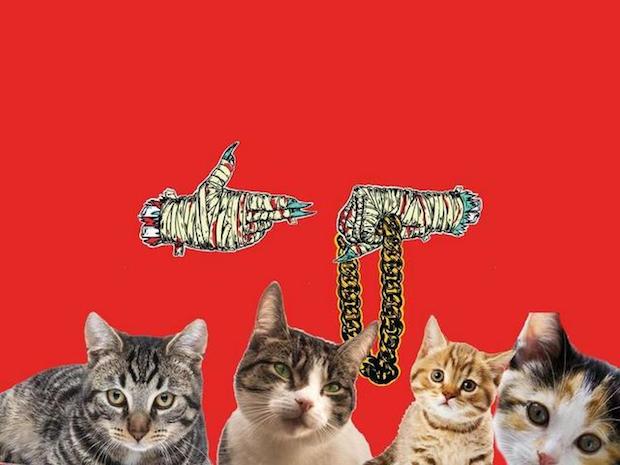