Turns out it was Pharrell who really wrote the entire thing 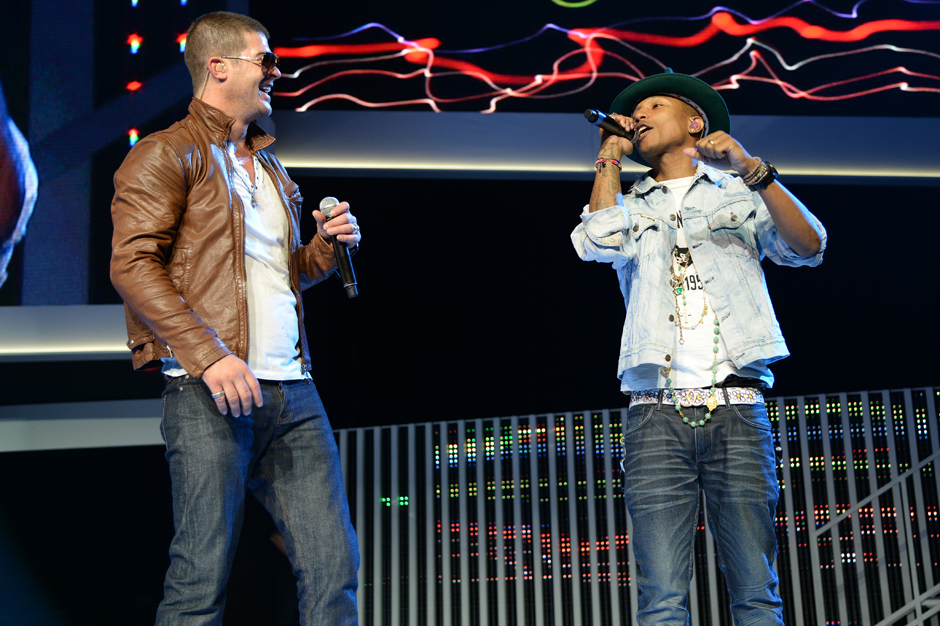 The thing about depositions is that judges often decide to release the transcripts to the public. That’s not to say we’re suggesting that Robin Thicke should have lied in his recent deposition in the ongoing “‘Blurred Lines’ is maybe a Marvin Gaye ripoff” proceedings involving the singer and Gaye’s children, but maybe he could’ve taken the Justin Bieber route and gone with a more evasive tactic.

According to the Hollywood Reporter, who got their hands on a copy of Thicke’s April 2014 deposition, the singer admitted some pretty heavy truths throughout the day, including his drug-hazed involvement — or lack thereof — in the creation of “Blurred Lines,” his massive freaking hit. Here’s what he had to say about how he and Pharrell actually collaborated on the song:

To be honest, that’s the only part where — I was high on vicodin and alcohol when I showed up at the studio. So my recollection is when we made the song, I thought I wanted — I — I wanted to be more involved than I actually was by the time, nine months later, it became a huge hit and I wanted credit. So I started kind of convincing myself that I was a little more part of it than I was and I — because I didn’t want him — I wanted some credit for this big hit. But the reality is, is that Pharrell had the beat and he wrote almost every single part of the song.

That’d explain Thicke’s recent single “Black Tar Cloud,” an ambiguous track that had previously not been rooted in any visible truth but now makes a ton of sense. The singer admitted later in the deposition that he spent much of 2013 high, including an interview with Oprah during which he sat down with his young son on Norco, “which is like two Vicodin in one pill.”

Thicke also got all humble when he told the lawyers, upon hearing his hit single as part of the depositon, “God, I got to stop smoking. I wish I still sounded like that. What a fucking voice.” He was also asked about his honesty, to which he responded, “I told my wife the truth, that’s why she left.” Oof.

The Reporter also got access to Pharrell’s deposition, in which the “Get Lucky” singer told lawyers that “Blurred Lines” was basically entirely his creation.

This is what happens every day in our industry. You know, people are made to look like they have much more authorship in the situation than they actually do. So that’s where the embellishment comes in.

Things don’t seem to be looking any better for Thicke, do they?