Josh Homme, Like All Good Dads, Teases His Kid About Listening to One Direction

Mr. Queens of the Stone Age probably gets lots of eye rolls on the way to school 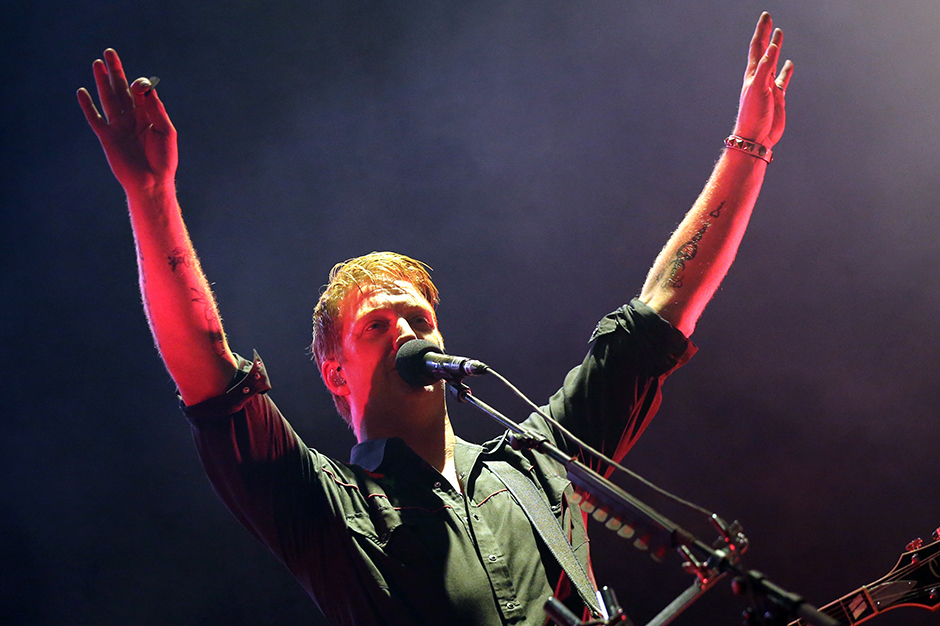 We think Queens of the Stone Age frontman Josh Homme is funny, even his daughter might not. Whether he’s joining Portlandia as Carrie Brownstein’s sloppy gay brother, beating the snot out of stage crashers, or dropping F-bombs on Imagine Dragons, we get a kick out of this Desert Rock god. But one can only imagine his tiny offspring’s massive eye roll in response to his thoughts on One Direction.

In a scenario Homme recalled to Zane Lowe on his MTV UK program, the Soundchain DJ/host mentioned he refuses “to be a musical snob at this point with my kids … If they wanna listen to One Direction, go for it man.” I response, Homme quipped, “Yeah I mean that’s not necessarily my direction.”

“I try to shy away from [One Direction] because I have to drive the car,” the QOTSA boss continued, as Consequence of Sound reports. And when his daughter argues with him? “‘Do you want it to go over a cliff or do you want it to go to school? You decide, you’re 8.'”

Daaaaaaad…. Just stick to your booze, drugs, and thievery, okay?

The full episode of Relentless Ultra Presents Soundchain will air on MTV UK on September 28. There’s also a preview clip available at MTV UK’s website, but it requires a U.K. IP address to watch.

In pretty unrelated news, Homme’s QOTSA will host a Halloween carnival at The Forum in Los Angeles October 31 that looks pretty rad and daddy-appropriate: