Morrissey’s New Shirt: ‘Be Kind to Animals Or I’ll Kill You’

He also has less violent clothing emblazoned with Smiths lyrics 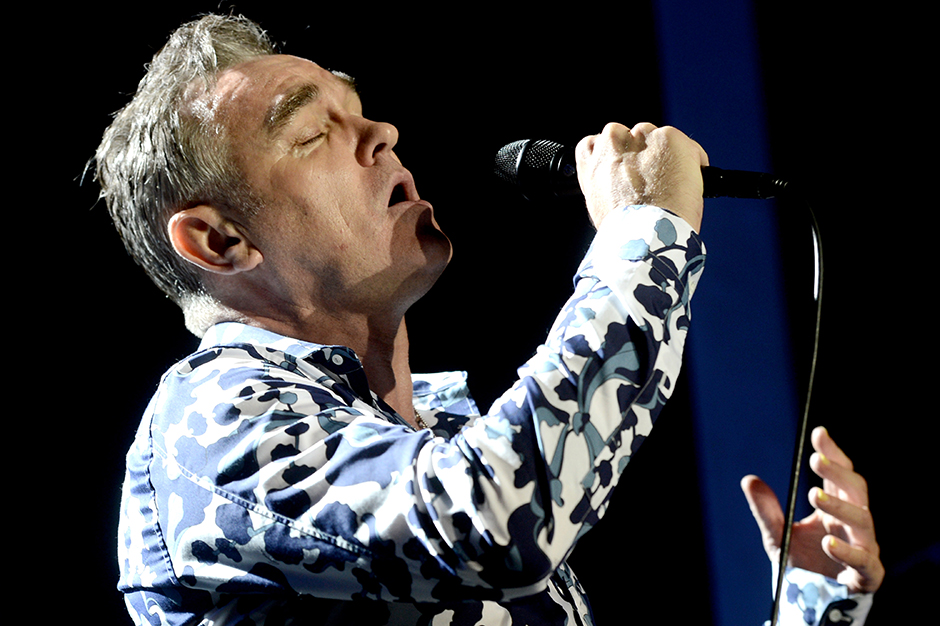 Morrissey, friend of the animals, has made it clear by now that he doesn’t care so much for humanoids. And now you can join Morrissey in his four-legged friend appreciation with new merchandise offered in the singer’s new online shop.

The most potentially offensive of the bunch is a T-shirt that states bluntly, “BE KIND TO ANIMALS OR I’LL KILL YOU.” It’s conveniently available in both navy blue and also cardinal red (see below).

In other corners of the “Mporium,” as the store is called, you can find a shirt with an illustrated Morrissey flashing his knuckles and the words “MEAT FREE” tattooed on his hands, as Pitchfork reports. There are also plenty of non-animal related goods as well, from clothing and jewelery to a “Shoplifters of the World Unite” tote bag and a pillowcase with Moz’s face on it that quotes the Smiths’ Strangeways, Here We Come song “Last Night I Dreamt That Somebody Loves Me.”

Honestly, some of this gear is so perfect it’s almost as if Morrissey wrote his songs for this very purpose. Instead of, you know, to sing them during concerts that he definitely never cancels. 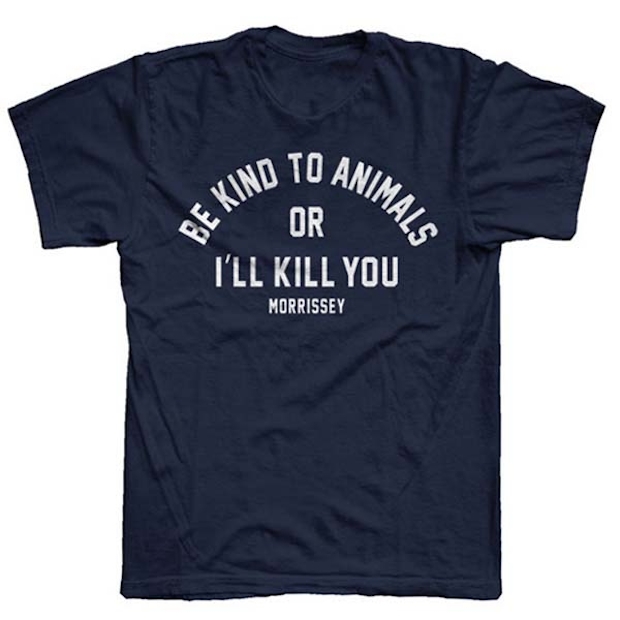