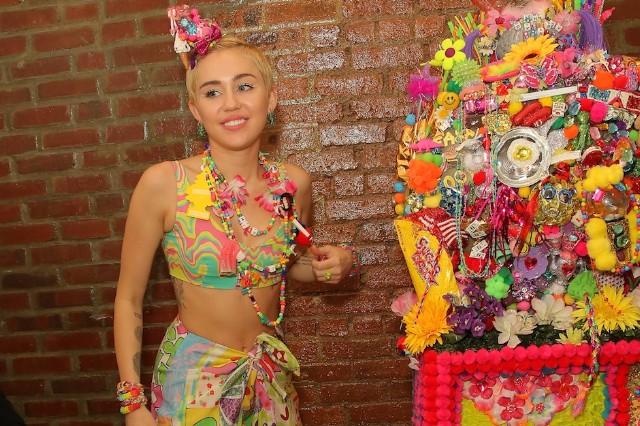 Between her latent Beatles fascination and her “Dirty Hippie” sculpture collection, it’s becoming clear that Miley Cyrus is nurturing a small obsession with the late 60s and all its psychedelic accoutrements. That nascent fixation continued Friday night with the release of a cover of Anne Bredon’s “Babe I’m Gonna Leave You,” which was popularized by Led Zeppelin in 1969. If that sounds absolutely terrible to you, well, you must not have been following the Bangerz star’s other covers of late. Following in the tradition of solid runs through the Smiths’ “There Is a Light That Never Goes Out” and Arctic Monkeys’ “Why’d You Only Call Me When You’re High?,” this take holds on to all the highwire dynamics of the original and allows Cyrus to embrace some of her own theatricality in the midst of it. Check out the lo-fi recording below via MTV.

Miley Cyrus Reflects On Her Relationships in New “Slide Away” Video