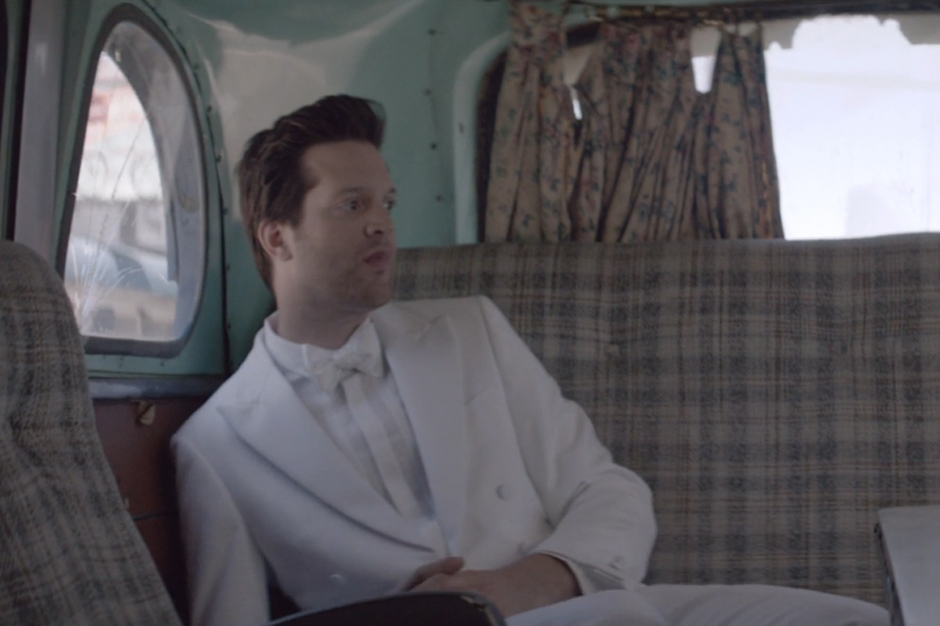 At the start of Los Angeles crooner Mayer Hawthorne’s new video for his Kendrick Lamar-featuring track “Crime,” the singer opens up an invitation to a white-tie party. Armed with a flask and a pearl-white tie, he hits the road and encounters a vaping bus driver, a groping security guard, and a literally phoned-in K-Dot along the way.

Directed by former Parks and Recreation star Rashida Jones, the “Crime” clip ends up satirizing the very same type of party that Hawthorne spends his video primping for and trying to get into. In the director’s words:

The video is a parody of ridiculously exclusive parties which are made nearly impossible to get to but tout themselves as “the party of the year.” I liked the idea of the video starting as a sexy getting-ready video and devolving into a messy, very unsexy, unexpected trek. And the final realization is that YOU are the real party! I’m just starting to realize that about myself (which is why I stay home most nights). I am a HUGE fan of Mayer, Kendrick and of the song “Crime” and it was an honor to work with Mayer.

“Crime” comes from Hawthrone’s July 2013 release, Where Does This Door Go.

You can stream the entire video now on Pitchfork, and below soon.