"Spring punched me right in the stomach" 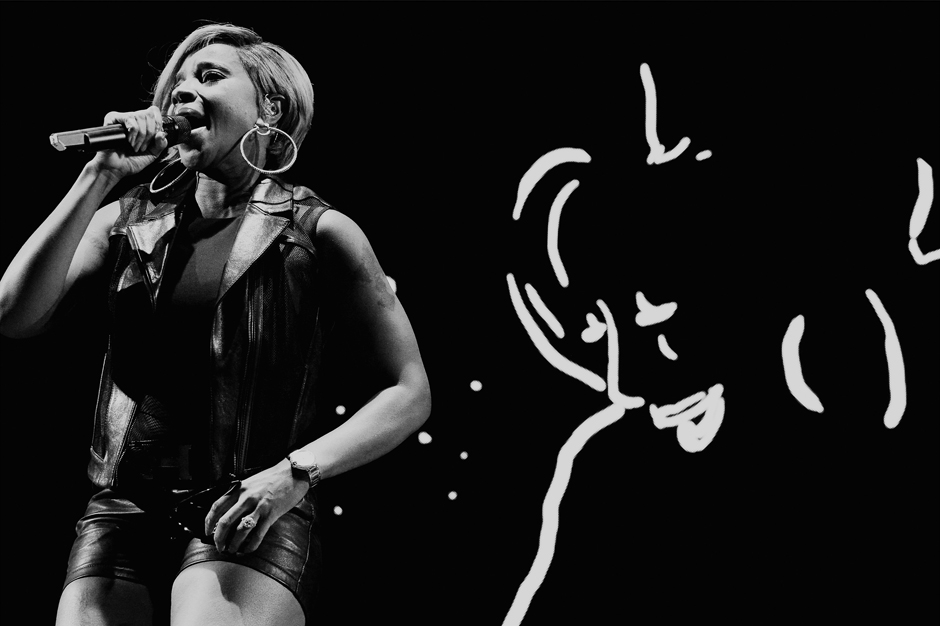 It might have been her growing relationship with English dance superstars Disclosure that helped lead to Mary J. Blige decamping to the UK for her upcoming album The London Sessions, but based on the second leak from the LP (due November 24 courtesy of Capitol), it hasn’t all been bottle service for the Queen of Soul lately. Following up the more club-friendly first transmission “Right Now,” her new ballad “Whole Damn Year” showcases Mary J. undergoing a brutal personal rebuild after a bad relationship knocks her out for the titular timeframe.

“It took a whole damn year to repair my body,” the New York star sings on the chorus, over a static-soaked piano hook and a distinctly downtempo drum shuffle. Blige wisely keeps the song’s focus on the post-breakup recovery period rather than the heartbreak itself, making the actual split seem practically irrelevant compared to the nuclear fallout it left lingering. The impact doubles when Blige turns to her new man on the second verse and voices her (apparently reasonable) fears about him not willing to tolerate her ongoing shellshock, continuing her cycle of personal devastation: “Well the others just wouldn’t respect it / Don’t tell me you as well.”

With its calendar-turning lyrical structure (“Winter turned most of my heart / Spring punched me right in the stomach”), “Year” echoes Blige’s 1998 hit “Seven Days,” another song that felt so personal to the diva that you felt more than a little uncomfortable listening in on it. With a musical backdrop that quietly chills your heart rather than stabbing at it with an icicle, “Year” is exactly the sort of song you’d hope Mary J. wouldn’t lose touch with during her time overseas, and shows why playing disco diva – excellent though she may be in the part – should never be her full-time role.

Stream “Whole Damn Year” below and hear it for yourself.