How Does Led Zeppelin’s Alternate ‘Black Dog’ Version Compare to the Original?

The full version of the 'IV' bonus cut has arrived 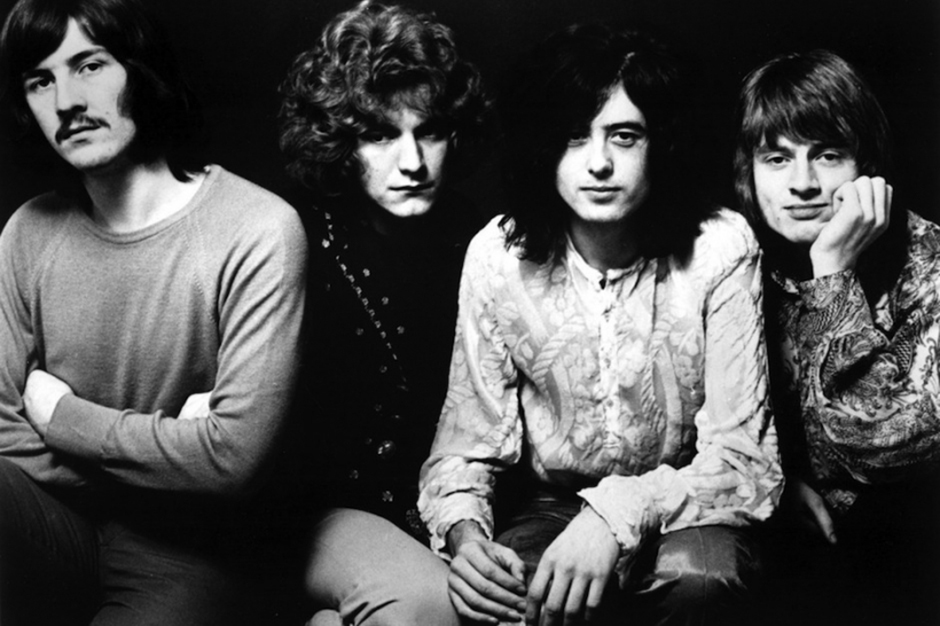 When Led Zepplin teased the upcoming remastered reissue of its Led Zepplin IV album with a previously unreleased one-minute studio outtake of opening track “Black Dog,” it left at least a few fans scratching their heads over the real differences between this and the original.

Now guitarist and producer Jimmy Page, who’s helming the so far successful reissues project, has released the track in full, as Rolling Stone shares. And that’s allowed us to run side-by-side comparisons between the two versions. Here’s what we found:

- The outtake does not include the same distortive warming-up six-second intro that leads into Robert Plant’s belting “Hey, hey, mama, said the way you move…”

- At the 00:48 mark, Plant’s singing on the “Ah yeah, ah yeah,” goes higher than on the original, making for a somewhat relatively harsh listen.

- Oh yeah, and at 3:30 there’s no guitar solo, which in the original lasts until the end of the song and lengthens it by 17 seconds. Instead, Plant just kind of freestyle wails over the classic riff throughout the last minute.

Otherwise, overall, the general mix and tones are different but the rhythm playing is all the same, so to anyone but the most die-hard Led Zeppelin fan, really how different are these two tracks? The exclusion of a Page guitar solo is basically rock’n’roll heresy, but the answer’s got to still be “not very.”

The remastered IV will be released (as well as a remastered version of 1973’s Houses of the Holy) on October 28 with a multitude of standard, deluxe, and super deluxe packaging options that include even more alternate takes, rarities, various mixes, CDs, vinyl, digital downloads, and/or an 80-page hardcover book, with the most expensive option going for $120.

Head to Rolling Stone to hear the new unreleased version and listen to the original here: