Julian Casablancas Says the Strokes Still Have ‘More Magic In Them’

Singer talks with 'GQ' and Stereogum about his bands, both new and old 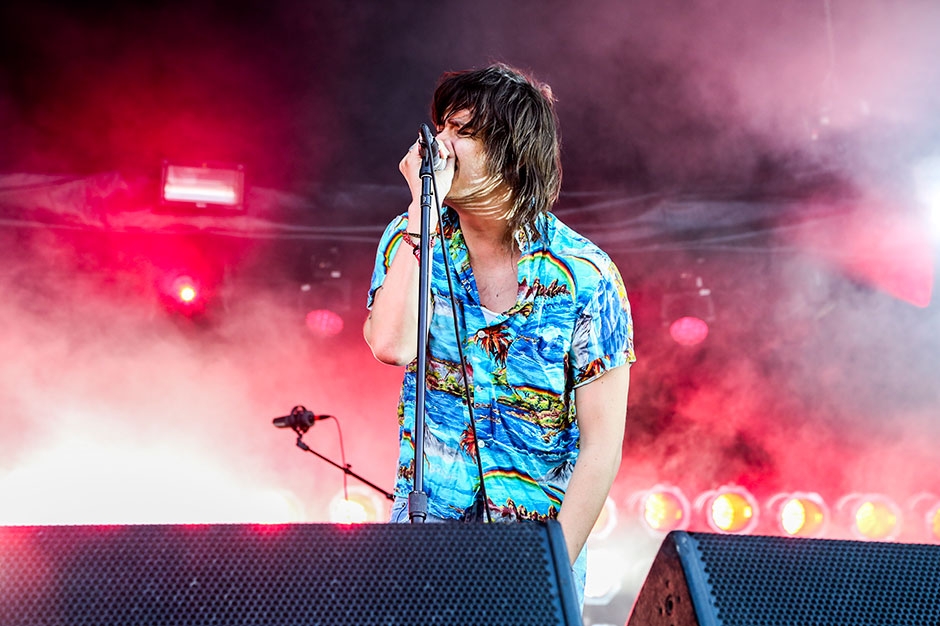 CREDIT:Photo by Krista Schlueter for SPIN

Julian Casablancas has never really been the type of guy to open up about his life, which is what makes his new interviews with GQ and Stereogum all the more surprising in their candor. In advance of the September 23 release of his new album, Tyranny, with his new band, Julian Casablancas and the Voidz, the singer sat down to talk about his role on the Strokes’ first two albums and beyond. “It’s a tricky thing, because I always like to create that illusion of this vague band thing,” he told GQ, reflecting on the fact that he largely wrote both Is This It and Room on Fire by himself. He added that the albums’ processes weren’t “so equal, but it was the illusion of equal, so I think it fucked with everything.”

After their first album, Casablancas and the band went on a tour that the singer described in bluntly negative terms. “A band is a great way to destroy a friendship, and a tour’s a great way to destroy a band,” he said, which is some pretty bleak stuff, but it also explains partly why the “Welcome to Japan” singer also recently decided to flee New York City for the suburbs, according to the article. Casablancas didn’t have much to say about the Strokes’ future to GQ, save for “when you think of bands that you really like and then they broke up, it’s never a positive thing. It’s never cool.” In his other interview though, the singer talked about the band’s history of tension and where they stand at the moment.

I mean I think as of FYF, I think that was kind of all old issues we ever had seemed to be resolved, and the vibe, the mood just seems right now. So I think that yeah, we’ll be doing stuff. At this point I have a bunch of engagements and I’ll probably be busy for the next year, developing and touring with the Voidz. But there’s room for both in my world — and the world, whatever…I think the Strokes definitely have more magic in them, so I’ll look forward to that new adventure.

Stereogum also got more in-depth with Casablancas about the Voidz’s new album, especially in how it differed from Strokes’ material by offering the singer more creative freedom with what he actually wanted to do musically. “This is pretty much of a culmination of things I’ve wanted to do for years, focusing on lyrics and harmonically a little bit weirder,” he said. “I’ve heard people say ‘challenging,’ but I don’t want it to be. I want it just to sound catchy and simple.”

Casablancas also took a tiny dig at early Strokes’ material when he talked to Stereogum about the lyrics on Tyranny.

I think that also it takes a long time to train yourself to be able to say the things you want in lyrics without coming across heavy-handed. I’ve been focusing on trying to get better at lyrics. I didn’t even really think about lyrics for the first seven, eight years. I just worked on music — just like harmonies and different aspects of music. And then in the last bunch of years I’ve been focusing on that, and I think that it’s just all come together for me a little bit.