Rap God: Eminem Sets World Record For ‘Most Words in a Hit Single’ 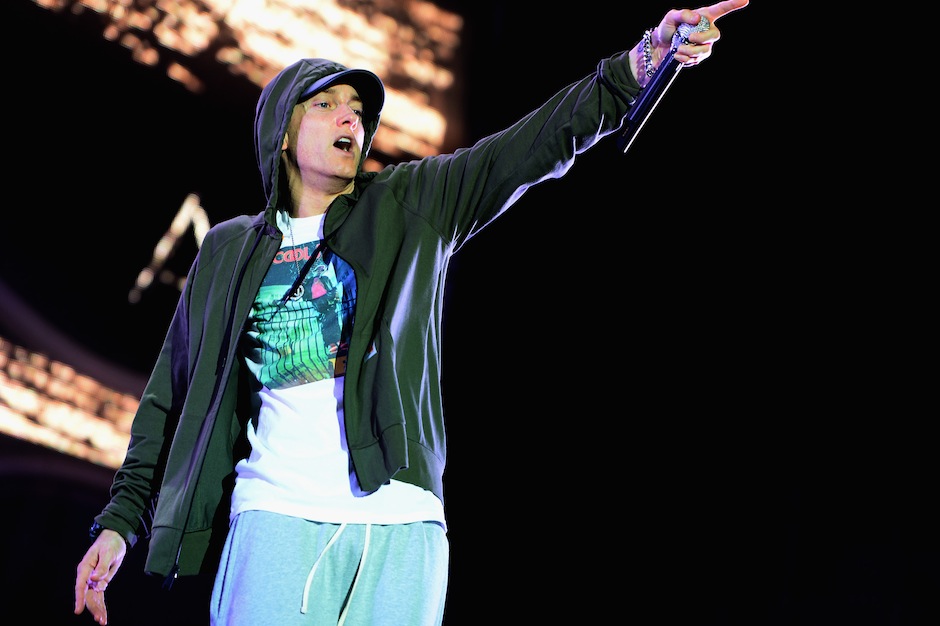 As if selling over 45 million records and becoming the best selling artist of the 2000s wasn’t enough to satiate Eminem’s competitive drive, he’s ended up with another entry in the Guinness World Records’ 2015 edition. According to Billboard reports, Em set the record for “Most words in a hit single” with his dexterous Marshall Mathers LP 2 track “Rap God.” Racking up 1,560 words in just six minutes and four seconds. Though some might eclipse that rate or total, none have done so with the sort of success that “Rap God” achieved, peaking at number seven on the Billboard Hot 100.

In addition to the the previously announced entry for Metallica, whose Antarctica show made them the first band to play on all seven continents in a year, Miley Cyrus made the book for being the “most searched-for pop artist on the Internet” in the wake of her VMAs brouhaha. The U.K.’s preeminent boy band One Direction, somehow, became the “first act to debut at No. 1 with first three albums.” Shakira and Katy Perry also garnered records for being the “most ‘liked’ person on Facebook” and the “musician with the most Twitter followers,” respectively.

Eminem, for his part, is still readying his new album Shady XV for its November 28 release.