Maybe the singer will actually turn up this time 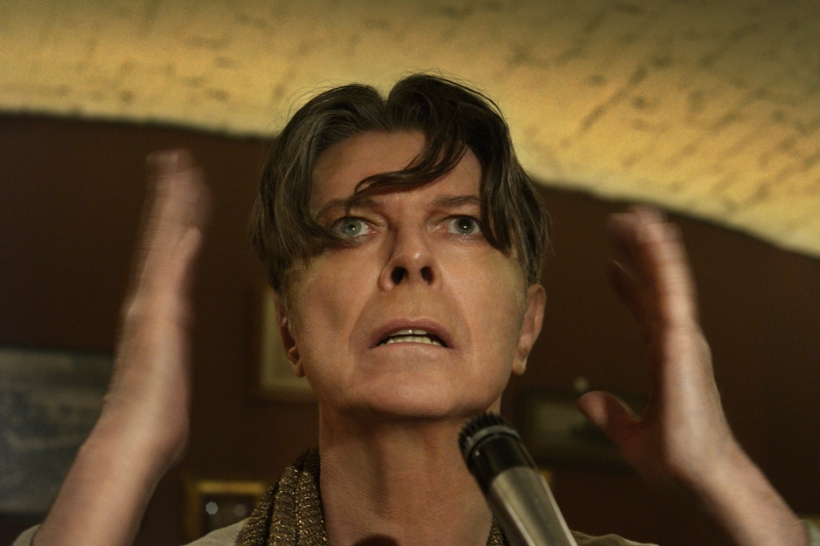 If Godsmack got a day named after them by the city of Boston last month, shouldn’t David Bowie have his own honorary holiday, too? The city of Chicago seems to think so, seeing that Mayor Rahm Emanuel has declared September 23 “David Bowie Day.”

The proclamation comes in tandem with the upcoming David Bowie Is exhibition at Chicago’s Museum of Contemporary Art, which is set to open on (you guessed it) September 23. You can read Emanuel’s full, official proclamation below, but highlights of his flowery praise include notes about how Bowie provided “some of our time’s most definitive movements in the art, design, music, and theater realms” and that the legendary rock star is “an undisputed global icon.” We agree, but keep it in your pants, Mr. Mayor.

The Chicago exhibit is the latest in a series of stops for the David Bowie Is exhibit, after occupying both London’s Victoria and Albert Museum and Germany’s Martin-Gropius-Bau. 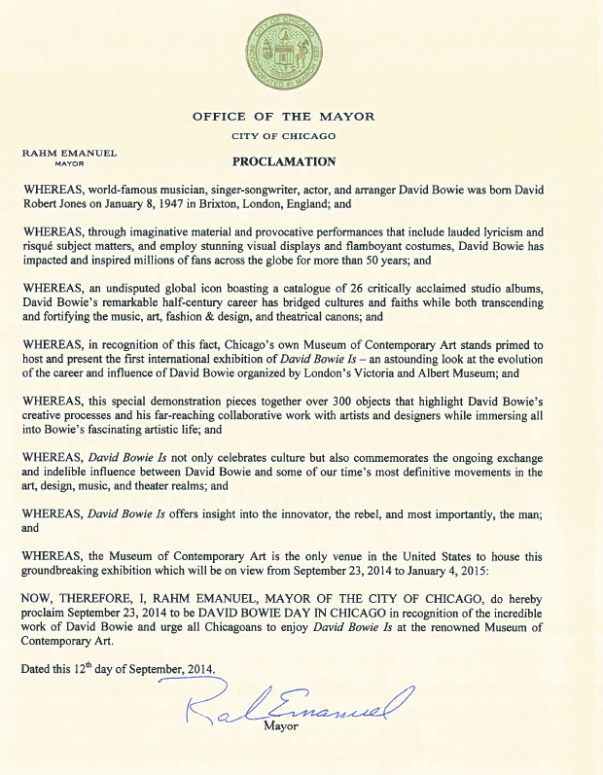