Misdemeanor case dates back to a hotel brawl in 2013 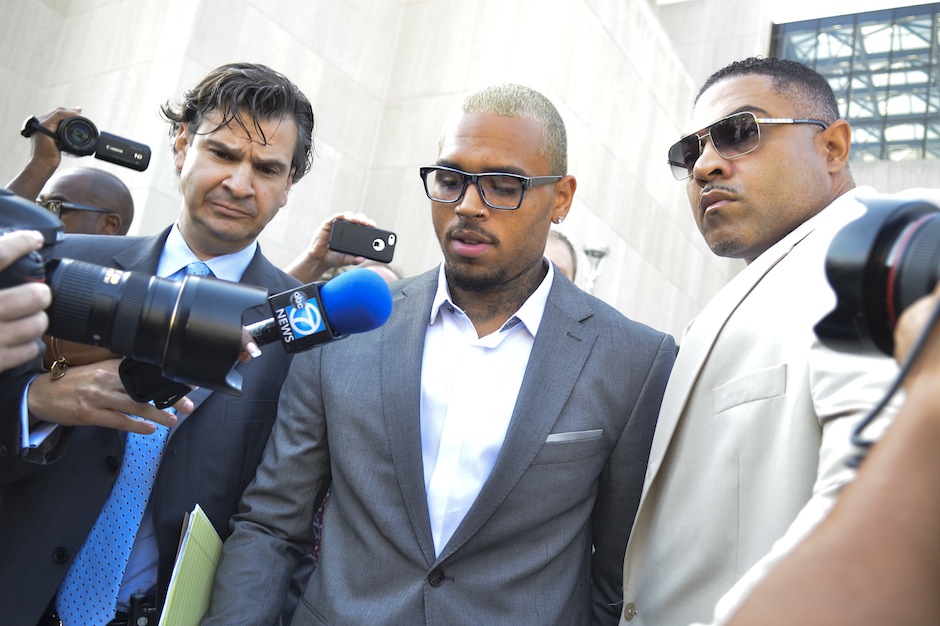 As soon as Chris Brown takes one step forward, he’s sure to take five or six steps back. Hot off the release of his DJ Khaled-curated R&B dream-team collab “Hold You Down,” he’s gone straight back into the sort of behavior that has made one of the more reviled figures in hip-hop, including adding a misogynistic twist to Sam Smith’s smash “Stay With Me.” Somehow, the hits just keep on coming.

Today as Rolling Stone points out, he has pleaded guilty to assault charges that stem from a 2013 brawl at Washington, D.C.’s W Hotel.

Brown was originally charged with felony assault after punching 20-year-old Parker Isaac Adams in the face, but that was lessened to a misdemeanor a day later. Adams alleged that Brown socked him after he asked for a photo while the singer was talking with two women in the hotel. Brown was still on probation for his 2009 felony assault on Rihanna at the time of this incident, and as such he was sentenced to 131 days in jail for violating his parole. The Virginia-born crooner has served two days in jail associated with this particular charge, but the judge in the case nevertheless sentenced him to time served.

Let’s hope that in the wake of all of these legal issues and a violent VMA pre-party, Brown can stay out of trouble for a bit because he still has a $3 million civil case to battle.?