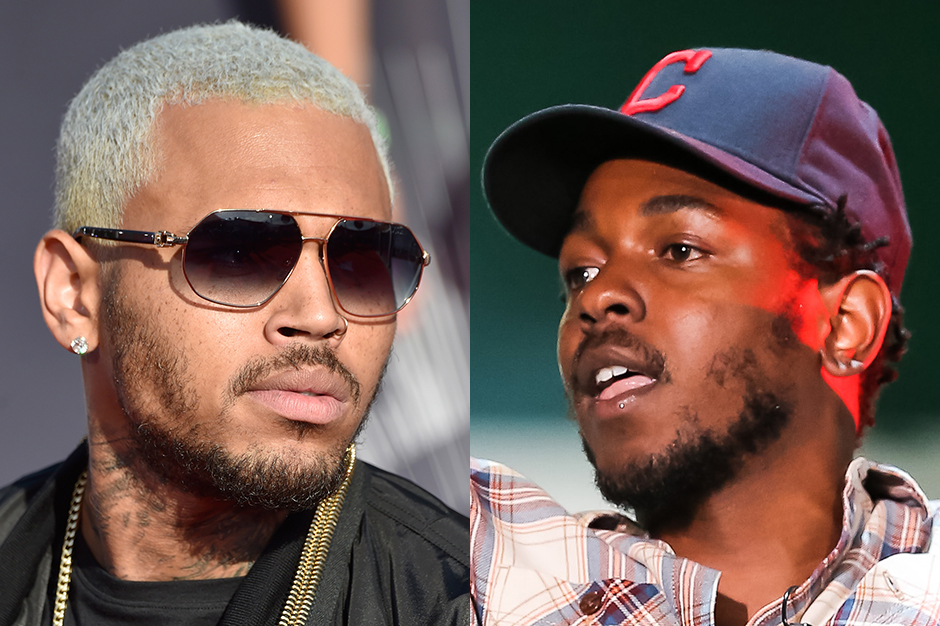 Last week Kendrick Lamar debuted a heady collaboration with Flying Lotus and became the subject of a new college course. Meanwhile, Chris Brown pleaded guilty to punching a male fan who had the nerve to ask for a photograph while the singer was chatting up two women at a hotel. These two… While one draws comparisons to Jameses Joyce and Baldwin, the other continually evokes Ike Turner’s off-stage history.

Somewhere, someone is writing an odd-couple sitcom series for this duo, and the theoretical theme song is here. Below, you’ll find the leak of Brown’s Lamar-featuring “Autumn Leaves,” off of his oft-delayed album X, which hits stores next week. Therein, the strange bedfellows channel some pretty emo, Drake-like vibes — splitting the once rival Dreezy’s duties, in fact, with Brown handling the singing and Lamar spitting the moody verse (despite being a triple threat, Breezy is still not a rapper).

“I seems that all the autumn leaves are falling / I feel like you’re the only reason for it,” Brown croons on the chorus, hitting some heart strings but still before it’s Lamar’s turn to dig in with some sage advice: “When you’re outlandish and you lose manners, to God you shall consult / When the bright cameras are still cramming in your face and it provoke / You to act mannish, just stay planted, because you reaping what you sow.”

Surely there’s a lesson in there for Brown. Listen here: