Two divisions of UMG are seeking at least $1.2 million for the infringement 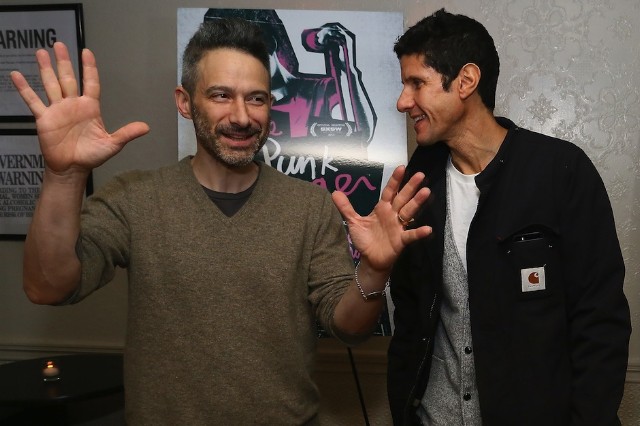 While that green caffeinated sludge has been linked with physical reactions like stomach aches, jitters, or even death, the company’s unauthorized use of “Sabotage,” “Pass the Mic,” “Make Some Noise,” “So What’cha Want,” and “Looking Down the Barrel of a Gun” for a four-minute snowboard clip generated some interesting headlines. This was a humorous saga about the intersection of music business, hip-hop culture, and legalese (“Dope!”), wherein the good guys won and we learned the Beasties “like sports” and that — for better or worse — Mike D and Ad-Rock would no longer record under the Beastie Boys name.

After all that, it now seems Universal Music Group wants in on the fun. Sub-label Capitol Records and the Universal-Polygram International Publishing company have sued Monster as well, as Reuters reports, seeking at least $1.2 million for infringement incurred by those five Beastie Boys songs and compositions. Though, surely, this case promises to be less entertaining than the Boys’ own, its merits are proven.

Though Monster may feel this case was “Sabotage”-d, the company probably now feels like it’s “Looking Down the Barrel of a Gun” with this new lawsuit. And despite trying to “Pass the Mic” — err… buck to DJ Z-Trip, who had remixed the Beasties’ music for the mix they used, that claim failed to “Make Some Noise,” other than soliciting a laugh from the judge. If the question now is to Monster, “So What’cha Want”?

The answer has got to be, “For this to all be over as soon as possible.”