Andre 3000 Wants Leonardo DiCaprio to Play Him in a Movie

Make this happen, even if it's just on 'Saturday Night Live' 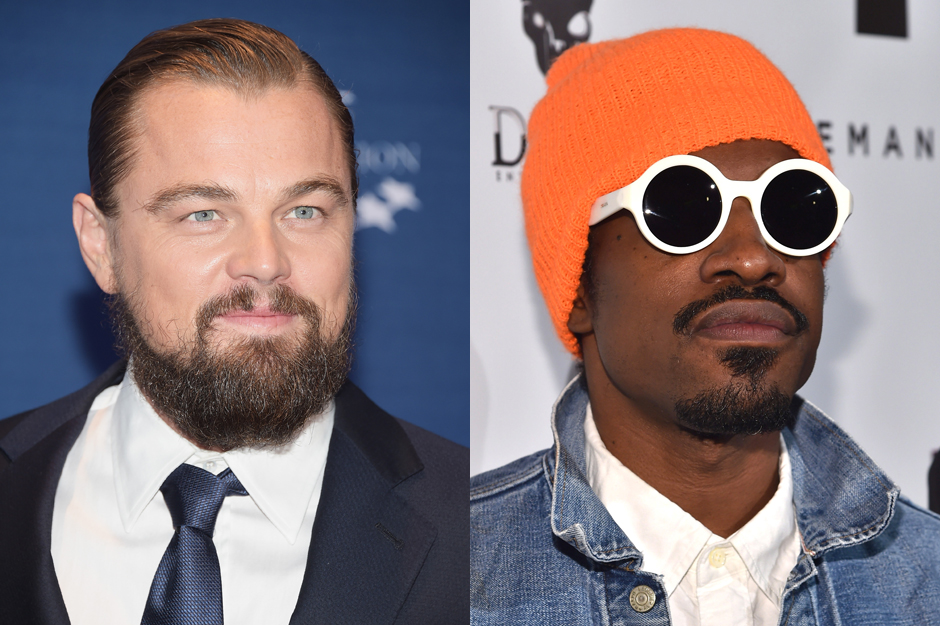 Andre 3000 plays Jimi Hendrix in a new biopic of the singer called Jimi: All Is By My Side. At last night’s screening of the movie at the Grammy Museum in Los Angeles, the Outkast rapper admitted that he’d like an unconventional choice to play him if anyone were to ever make a movie about the Atlanta hip-hop titans.

“Instead of really serious, make it a full comedy — like Kevin Hart would play Big Boi,” Andre told guests at the screening according to Rolling Stone. On the matter of his own character, though, is where things got a lot more interesting. “We should cast somebody stupid — like Leonardo [DiCaprio],” he said.

We could see it happening. DiCaprio clearly has the high-octane stage presence to take on such a revered role, but he’d definitely need to work on the swagger (that A Tribe Called Quest “Scenario” verse wasn’t bad for warmup). Three-Stacks oozes authenticity onstage, and that’s something DiCaprio might need some help on. We think he’s up for the task, though, and maybe he’d finally snag that Oscar.