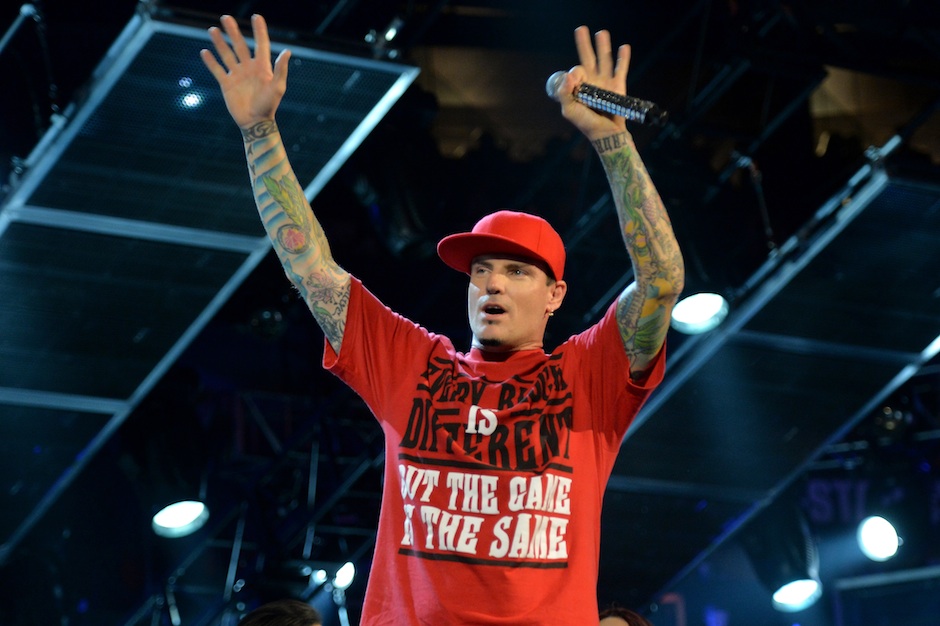 Vanilla Ice has thrown some shade at Wiz Khalifa, Juicy J, and Ty Dolla $ign for their “Shell Shocked” track, the single for the upcoming Teenage Mutant Ninja Turtles movie. Speaking to GQ recently, the man born Robert Van Winkle labeled the song “artificial.” Of course, as the MC behind “Ninja Rap”—the de facto theme to the 1991 film Teenage Mutant Ninja Turtles 2: The Secret of the Ooze—Ice stands as rap music’s leading expert on the Turtles. Here’s what he had to say about the blockbuster team-up:

With respect to all of the artists, the song doesn’t really do it for me. It feels a little artificial—what I mean by that is that it sounds like a bunch of executives in the corporate world put it together. It really does not fit the theme of the Ninja Turtles legend. I think you have to understand, and be a true Ninja, to possess the Magic to really pull off the secret sound.

This criticism comes from a guy who celebrated his 46th birthday by performing “Ice Ice Baby” next to break-dancers dressed in TMNT costumes, so if anyone possesses the “Magic,” it is undoubtedly him. While we wait for a response from Wiz, J, and Ty, watch the “Shell Shocked” video (featuring a distressed Megan Fox) below.