This Is Probably the Best Karaoke Bar in the World 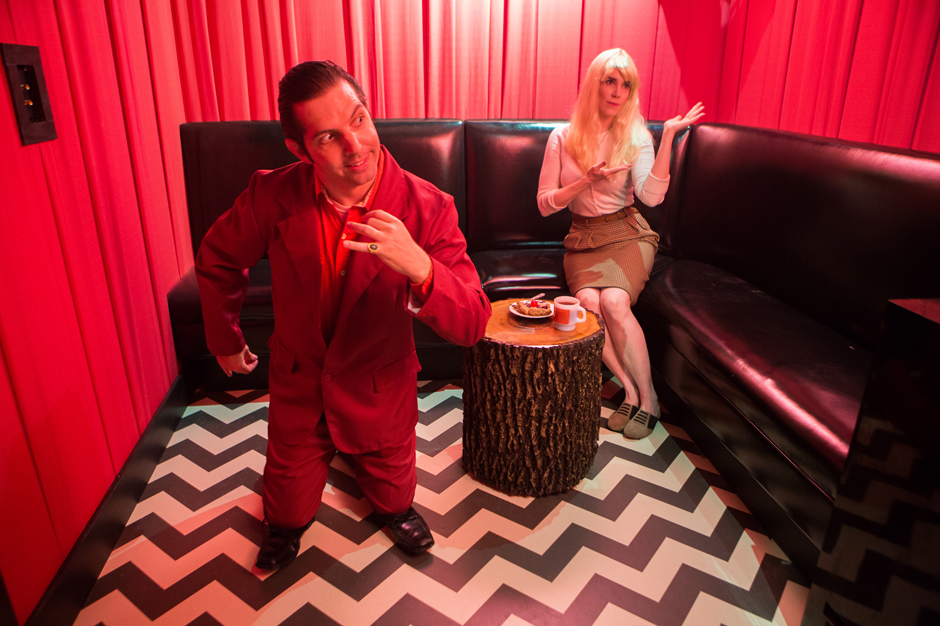 Whether you’ve patiently waited 18 long months for the grand reopening of Austin “karaoke mecca” The Highball or you’re just hearing about it now, you’ll want to peep the pictures of this place. The newly renovated and self-described (but truly) “kick-ass” spot is rolling out seven brand-new, very intensely themed rooms this weekend, and one of them is, yes, “The Black Lodge” from Twin Peaks. Can you sing backwards?

The Highball’s website says the spaces were designed by “Zack Carlson and Laura Fleischauer from Space Warp Design,” and something tells us they’re the two goons modeling each room on the bar’s website. Their poses, include snapshots of them as Mario and Princess Peach in drag. I

n addition to the 8-bit-themed “Joysticks” space and the aforementioned David Lynch shoutout, there are rentable rooms devoted to black metal (or Satan), glam rock (or Jem & the Holograms), general scariness (though, basically The Shining), outer space, and freaks. To be fair, a bar in Berlin has already dont the Black Lodge thing, but sans singing. We expect the 9-year-old who won the Pulp karaoke contest to gain free entry to every room.

The Highball is housed under the same roof as the renovated Alamo Drafthouse theater in Austin. 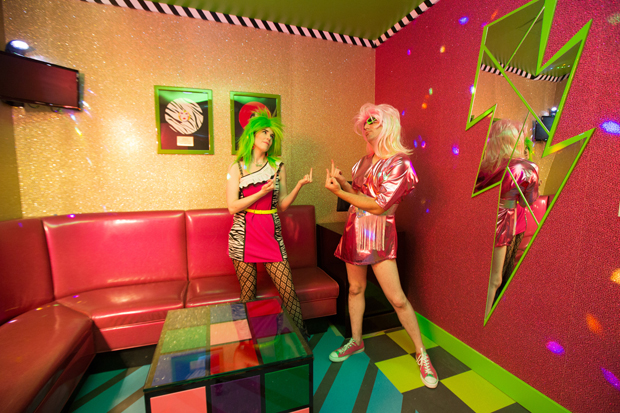 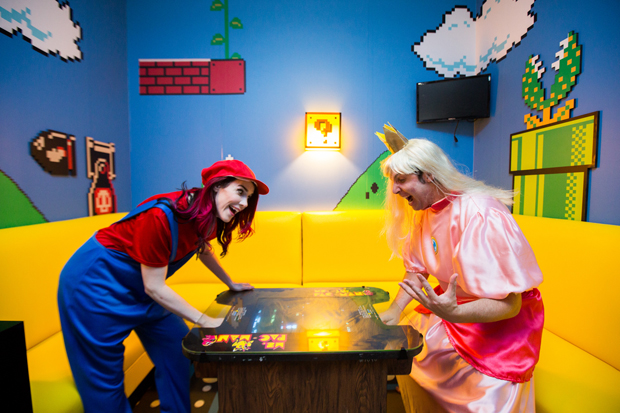 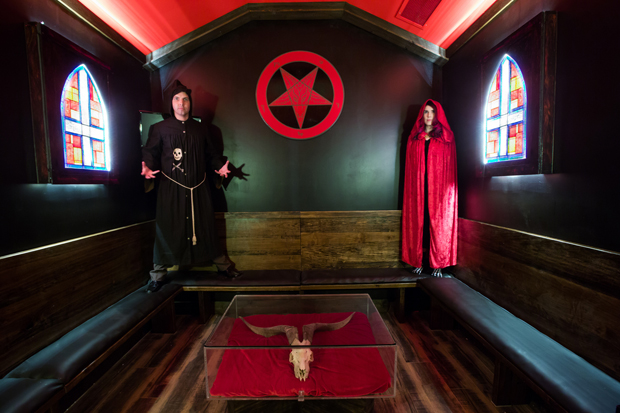 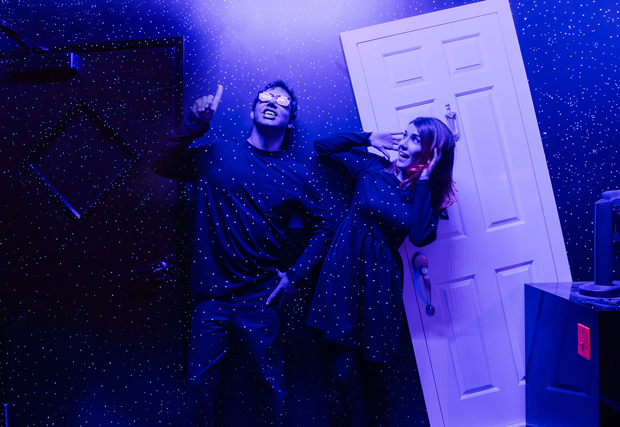 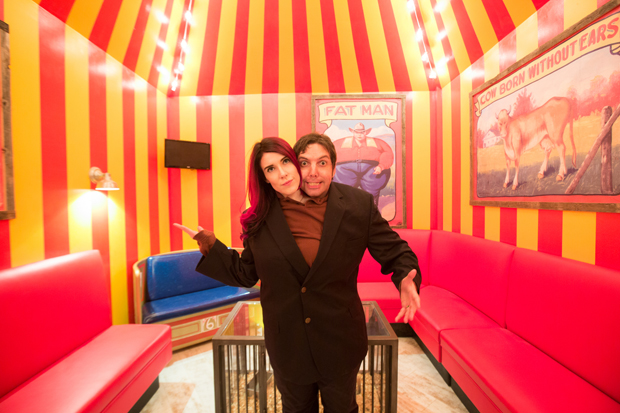 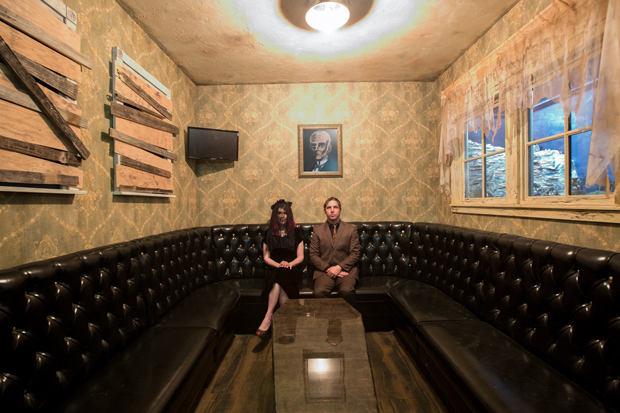