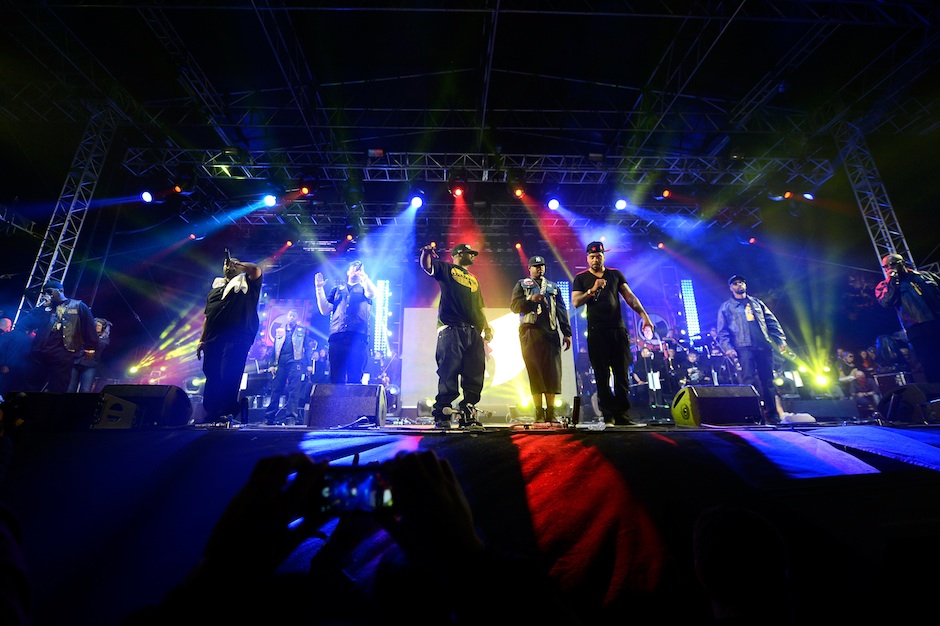 Following the epic appearance of all nine living members of Wu-Tang Clan on The Daily Show Wednesday night, RZA has shared the studio version of “Ron O’Neal,” the new song they premiered on the show. While Jon Stewart was seemingly mistaken in announcing the single would hit iTunes by midnight, we now get the SoundCloud cut (annotated with “main with Hook Intro,” perhaps suggesting other versions to come).

Though the Shaolin shadowboxers broke out in the early ’90s, this new cut suggests they haven’t lost their touch. Method Man even slights other aging rappers: “These veterans are slipping / They ain’t doing it the same.” RZA spits in top form too, referencing the titular protagonist (and also, the Fugees) from one of the only movies to have ever been outgrossed by its soundtrack, 1972 Blaxploitation film Superfly: “I hold the steel like Ron O’Neal, Superfly, do or die.”

The Clan’s singular legacy, despite turmoil between RZA and Raekwon, will march forth via the allegedly November-slated A Better Tomorrow album. The hook for “Ron O’Neal” revolves around that optimistic project title, for what it’s worth. Since the music seems solid enough, we’re just hoping they don’t have anything too over-the-top planned for the LP’s release strategy, like, say only making one copy available for sale.