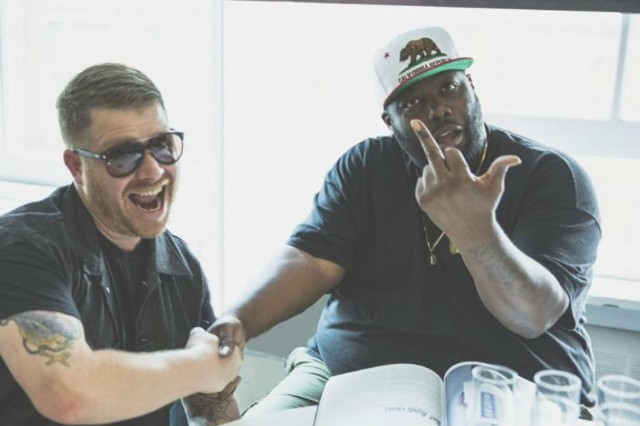 Killer Mike has been busy sharing his thoughts on the tragdy in Ferguson, Missouri with op-eds and a CNN appearance, but behind the scenes he and best bud El-P have been gearing up to release their second Run the Jewels album, RTJ2. Well in advace of that record’s Oct. 28 release, they’ve shared a new track, “Blockbuster Night Part 1,” which showcases their intricate-yet-playful wordplay and blend of humor, wit, and gravitas. The sequel to 2013’s Run the Jewels will feature guest stars including Rage Against the Machine’s Zack de la Rocha and Blink-182’s Travis Barker, and based on El-P’s tweet about their drug regimen during the sessions, it should be quite a ride: “incidentally, mike and i went through 2 ounces of sour, 1 ounce of shrooms and 4 grams of hash in 6 days while recording these. #work.” RTJ2 will be available as a free download, CD, and LP via Nas’ new label Mass Appeal, and get a taste by listening to “Blockbuster Night Part 1″ below.