Q&A: Run the Jewels on the Tragedy in Ferguson and Racist Idiots

Home » Features » Interviews » Q&A: Run the Jewels on the Tragedy in Ferguson and Racist Idiots

It’s been a hectic week for Run the Jewels. In the span of a few days, the duo of Killer Mike and El-P played a New York show, announced their second album (RTJ2), and released the single “Blockbuster Night Part 1,” all while keeping close watch on the horrific events taking place in Ferguson, Missouri after the killing of Michael Brown. In fact, Mike also had time to write an open letter and op-ed about the tragedy, and appear on CNN to share his perspective on being a black man in America as well as the son of an Atlanta police officer. Due to a scheduling mix-up, our chat with Run the Jewels took place in two parts: First, with Mike on his own then with El-P jumping on the line a bit later. As expected, their talk of Ferguson, racism, America, and the police was equally intelligent, insightful, and entertaining.

You appeared on CNN this week. How did that come about and what was the experience like?
Killer Mike: I see other guys pop up on CNN, entertainers and political pundits, and I always wonder like, “Who the fuck is their booking agent?” [Laughs.] Brooke [Baldwin, CNN anchor] read my Instagram post and my op-ed in Billboard and thought I said some things that needed to be said to a wider constituency. I appreciate her bravery and courage at bringing on a guy whose name is Killer Mike. She didn’t throw any softball questions, and I hope I did a good job at representing most Americans. Americans are in jeopardy and we need to be galvanized around keeping those rights and bringing some type of order, not only to Ferguson but also to the way the police are policing Americans, period.

You did a great job saying this is my experience as a black man, my experience as someone who’s part of a community in Atlanta, and my experience as a person, as an American.
Killer Mike: On a base, primary level, I’m a black man in America and that comes with a certain set of situations attached to it. I’m also a black man who’s the son of a policeman. I’m a devout, constitution-waving, flag-loving, second-amendment-advocating, typical Southern American male. Being raised in an environment where cops are respected and revered and loved and are family, it causes some conflict in my psyche about how, as a rapper, to address it.

Knowing cops the way you do, what do you think of the officers who are there on the ground in Ferguson, trying to do their jobs and follow the orders?
Killer Mike: Cops are human beings. I talk to my cousins who are policemen in municipalities in and around Atlanta. It’s an incredibly difficult job. Good cops are sympathetic and empathetic. They serve and protect, but they’re also sworn to uphold the law. As Americans, we’ve lost our way with bonding better communities. We’ve become these disenfranchised boxes and pockets of self-interest, and enough is enough. That’s why I encourage police officers to come to the barbershop I own [SWAG, in Atlanta]. We service them, encourage them to come in uniform and interact, because I don’t want another generation of kids being afraid to interact with officers. And I want police officers to know they’re not zookeepers. They’re not protecting or handling caged animals, and they need to be addressed and policed that way. 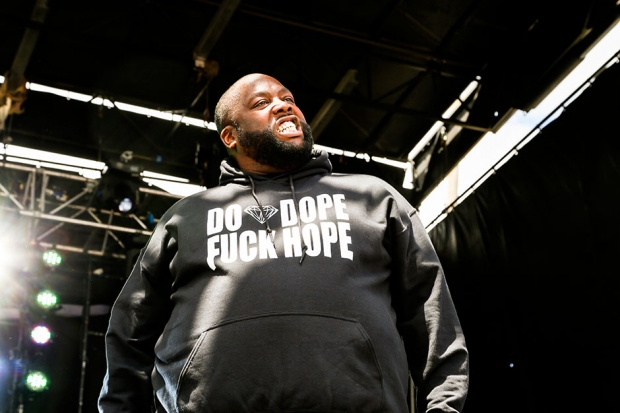 Even with your dad being a cop, have you had a lot of bad incidents with police?
Killer Mike: Hell yeah! I’m a black man in America! [Laughs.] I got my ass kicked by cops, by Atlanta’s drug task force back in the day, the Red Dogs. They were some head busters. I’ve had good instances with cops, too. My younger cousin was smoking in the car and I got pulled over. I explained to the cop what happened, got searched. He found nothing, didn’t have any probable cause beyond what he smelled. He didn’t break my balls, didn’t try to be the cop of the year by arresting a rapper. He gave me a talking and let me go. I had to sit my cousin down and have that talk with him, like, “You put me in danger.” I’ve had every experience you can have with a cop, some shitty, some great. That said, I’m more concerned with the culture of policing. The culture is becoming more militarized and that makes me afraid. Now the police are trained to be occupiers of the community. That’s what scares me, the culture of blue silence. When a cop’s wrong, other cops don’t have the leeway to say, “This is wrong. I don’t agree with that.”

And with Ferguson, a big part of what’s made it such a huge story is the brutal treatment of peaceful protesters and the media.
Killer Mike: At one point, protesters were peacefully protesting and they were engaged by police officers and driven into another wall of police officers. That doesn’t sound like good policing or dispersement to me. That’s a classic military move. That’s reminiscent of what regimes do, not a republic.

It’s terrifying.
Killer Mike: Trust me, brother, I lived through the Rodney King riots. I lived through some tumultuous times, but I never thought I’d live to see military tactics being used against American civilians in the way I have the past week. 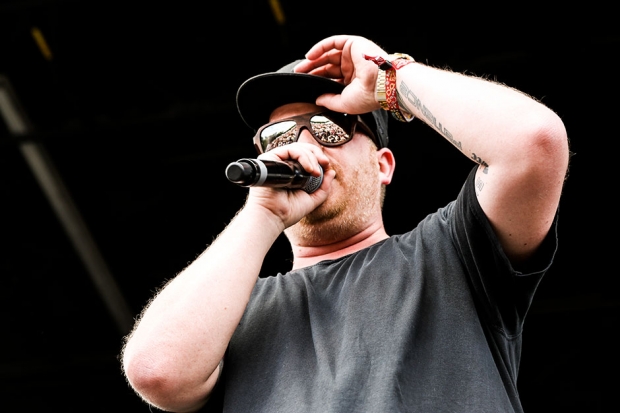 El, how was your day yesterday watching Mike on CNN?
El-P: Well, I don’t have cable because years ago I decided that my only chance at sanity was to not let the world penetrate my brain at that rate. I had to watch it and catch up at the end of the day, and I spent about basically two hours just watching my friend bring truth to those who don’t want to hear it. It was a beautiful thing. I’m immensely proud, glad, and thankful that Mike’s voice is able to get out there because I can’t think of a better person to express what he expressed. Also, I’m terrified and disgusted by some of the reactions.

Killer Mike: If we didn’t have these types of conversations off-camera for years, I probably would’ve went up there either babbling like a fool or talking like an insane angry man.

El-P: The debate in this country is so fucking skewed, it’s never about what is actually happening. It’s all about impressions. Even the murder — “Hey, maybe the kid deserved it!” That whole subtle bullshit, “Maybe the kid deserved to be killed, maybe he wasn’t a good kid.” The fact that that’s even being suggested is some of the most appalling shit on the planet. It’s like, “Thank you so much for that relevant video clip of a kid in a store being an asshole, because we all know, here in America, that shoplifting a cigar is punishable by firing squad.” I’m also very weirded out that they had to go to Killer Mike!

El-P: Yeah! You got to us! We’re not even at the top of the fucking pile of rappers.

Killer Mike: But we are the best rap group in the world.

Being a black and white duo, does Mike get treated differently because he’s black?
El-P: No. Me and Mike are two men who have found an intellectual common ground and a friendship.

Killer Mike: Wait, I missed that question. I was moving.

El-P: He was like, “Because you’re a black and white duo, do get treated differently when you’re on the road?”

Killer Mike: Oh, hell yeah, we get treated differently! What are you talking about? This shit is like Paul McCartney and Michael Jackson.