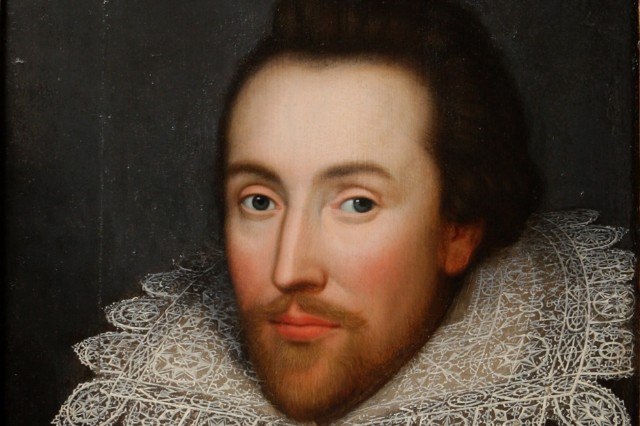 Bless you, Internet! First that Kanye West-Wes Anderson Mashup, then the Smiths-Peanuts Tumblr, followed by when Drake’s lyrics met House of Cards, and now this? Web, you are my friend. And no, not for Food That Looks Like Iggy Azalea. But for Pop Sonnets of course, the Tumblr page that delivers “old twists” on new tunes” each week. From the Backstreet Boys’ “I Want It That Way” to Avicii’s “Wake Me Up” and Miley Cyrus’ “Party in the USA,” finally poetry nerds who love pop music have a home online.

For example, current chart-topper “Rude” by MAGIC in sonnet form: 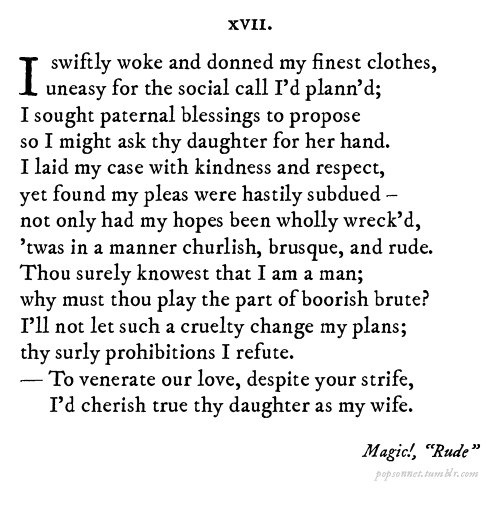 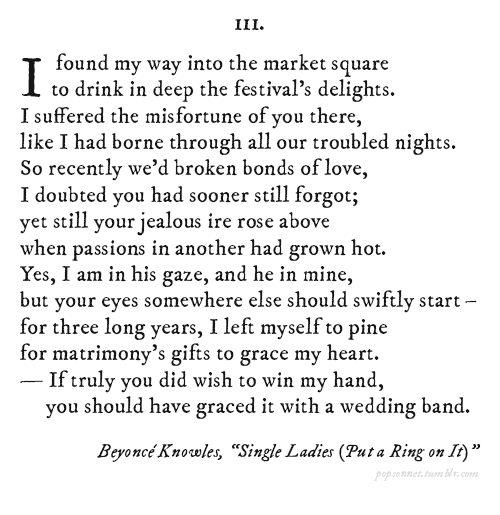 For those readers who were not English Lit majors in college, a sonnet is a poetic form that originated in Italy following a strict rhyme scheme. Though there are a number of different styles of sonnets, the most common — sometimes called the Shakespearean sonnet, after the guy who popularized the form — runs with a ABAB CDCD EFEF GG rhyme form. Got it? Good.