The rappers are also joined by Young Thug and Lil Bibby 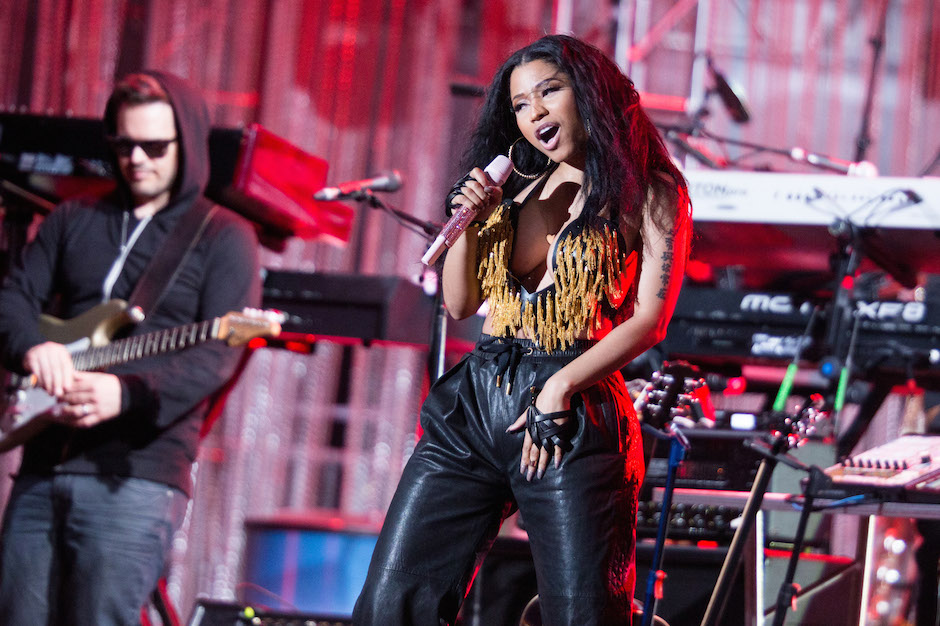 Nicki Minaj has had quite an eventful week. Following the release of her solo single “Anaconda,” her verse on Beyonce’s “Flawless” remix, and a spot on Jessie J’s “Bang Bang” alongside Ariana Grande, the rapper/singer now pulls the rug out from under Juicy J on his song, the just-revealed “Low.” The track opens with Juicy’s verse and thumps around with a heavy, booming bass that begs to be heard in a crowded club.

Aside from the requisite Myx Moscato shoutout midway through her verse, Nicki also demonstrates her lyrical prowess with rhymes like, “I’m fly every day but a bitch ain’t trippin’ / You be on that bull, you be on Scottie Pippen.” The track is the first taste fans have gotten of Pure THC: The Hustle Continues, Juicy J’s upcoming second solo album. Meanwhile, Nicki Minaj’s album The Pinkprint is set for a winter release.

Check out the thumping song below.