Get an eyeful of the video, and what appears to be a lap dance between friends 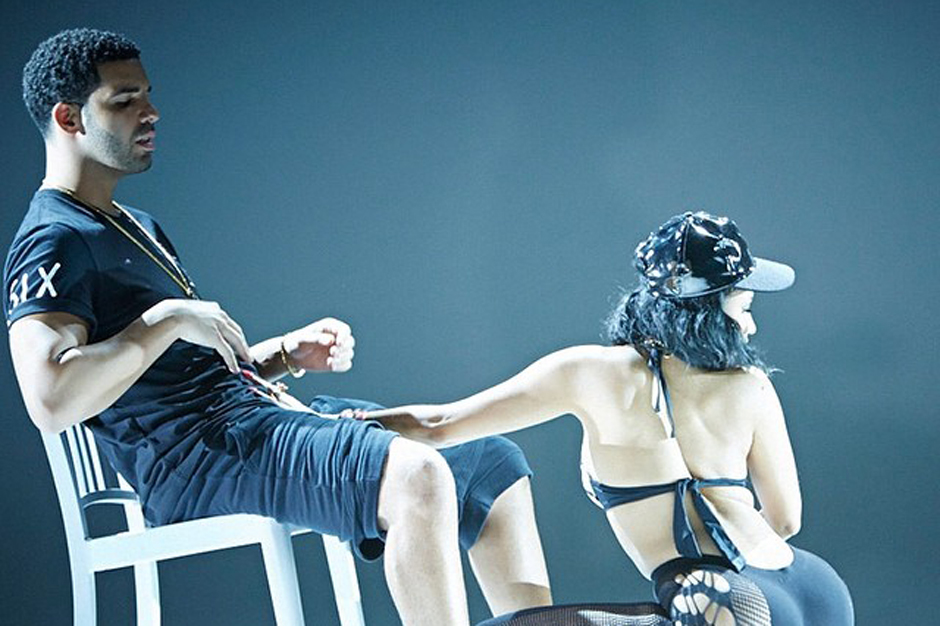 Nicki Minaj can now successfully tell the rest of us how the world looks from Drake’s lap, if a series of Instagram snapshots teasing the rapper’s upcoming “Anaconda” video are any indication of what’s coming. Minaj set the Internet abuzz when she previewed the music video earlier this afternoon with four pictures, including one in which she’s giving Drake more than just a playful squeeze. “About to post some ‘interesting’ pics,” she tweeted before swiftly uploading the “maybe-NSFW if you’re squeamish” images. In case you’re wondering, the Queens rapper previously payed Drizzy’s lap a visit during a 2011 concert in Toronto.

The “Anaconda” video is set to be released on Wednesday, and it looks like this: