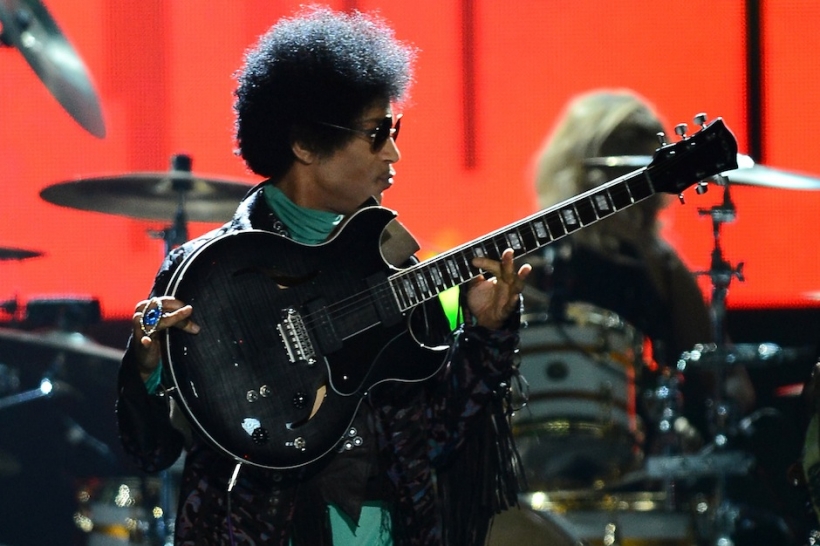 Back in June, the Star Tribune gave Prince fans something to hyperventilate about. The singer had signed a deal with Warner Bros. in the months prior and gave the paper an exclusive listen to several unheard tracks, including one that was based around a visual still from Purple Rain. There was promise of electronic experimentalism, sparkling electro-funk, and an actual full-length release that would drop as soon as his record label would let him. “Every No. 1 song, every Top 10 song, every song in the Top 40 is at least six months old,” Prince said then. “We should be able to make music and put it out now.”

Wait and you shall receive: Early this morning, Warner Bros. announced that there will be not one but two albums coming from the Purple One next month. On September 30, Prince will release a solo album, Art Official Age, and a collaborative LP, PLECTRUMELECTRUM, done with his 3rdEyeGirl band. You can get a glimpse of the latter by streaming the record’s lead single, “Clouds,” below. Scroll down further to see cover art for both albums.