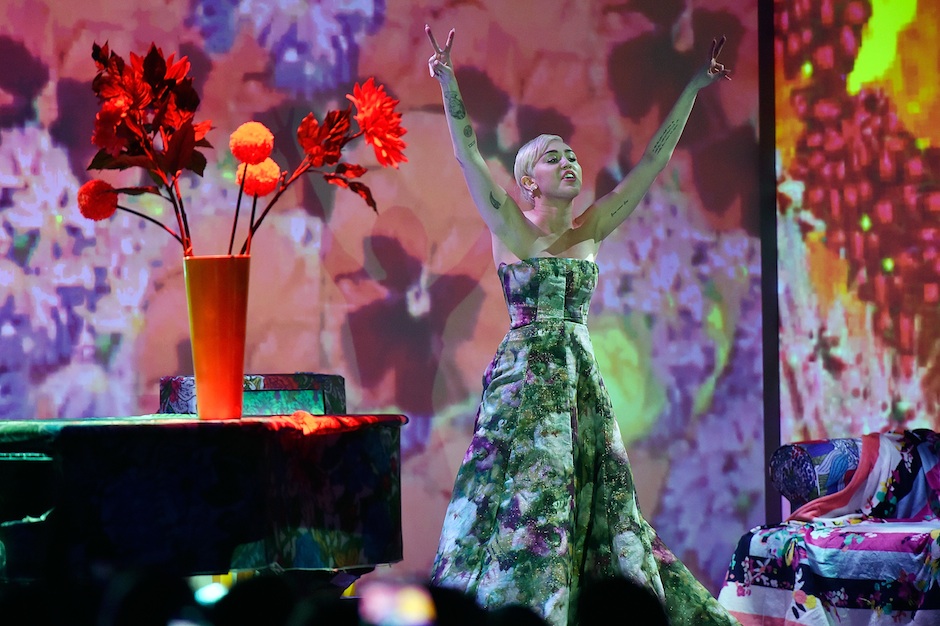 We learned last week from Miley Cyrus’ Instagram that the pop star is a fan of riot grrrl icon Kathleen Hanna, but who could’ve known that the ex-Bikini Kill leader would reciprocate Miley’s admiration? Cyrus (unfaithful in her bromance with Wayne Coyne?) wrote “coolest ever” as the caption for her Instagram homage to Hanna—a picture of the young Kathleen with ‘slut’ penned across her stomach—and now the former Disney star has received some flattering props in return from the former SPIN cover star and mother superior of punk:

Hey @MileyCyrus so sweet you posted pics of me…have an idea for an album that only you are daring enough to make .

The Guardian draws to our attention a year-old conversation Hanna had with Tiny Mixtapes where she was probed about her opinion of Miley as a feminist:

Well, I’m glad the word ‘feminist’ is being talked about and that influential pop stars are bringing up this conversation. If she says she’s a feminist, then who I am to stop her? I’m not the feminist police. I don’t get to determine that. I’m happy that young women are embracing that term, for whatever reason it means to them. Maybe for her it’s about freedom of sexuality and freedom of expression. For other people, it’s about ending oppression against everyone, not just women, but you’re starting from a woman’s perspective because that’s what you’re interested in.

Who knows if an actual album will come out of this mutual admiration, but for now it looks as though another voice has chimed in to say Miley Cyrus matters.