Kate Bush is set to take the stage for the first time in 35 years on August 26 and in celebration of her reemergence, BBC has put together a documentary about her life called The Kate Bush Story: Running Up That Hill. It traces the whole arc of her career — from before her 1978 debut The Kick Inside and through to 2011’s 50 Words for Snow — with help from collaborators, critics, and the artists she’s influenced. St. Vincent, Big Boi, Bat for Lashes, Peter Gabriel, Tricky, Elton John, Steve Coogan, Tori Amos, Neil Gaiman, and more all make appearances. You can watch the full hour-long documentary above.

Also, take some cellie pictures of Kate on the screen while you can, because this: 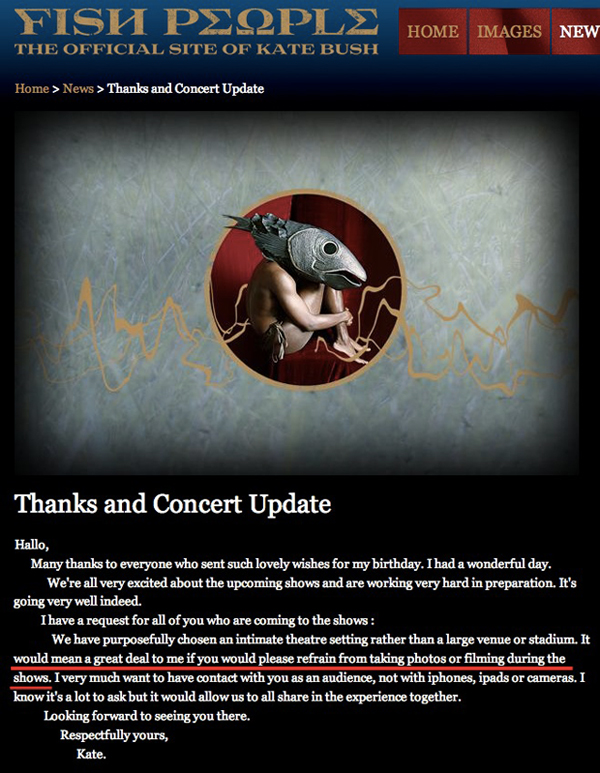