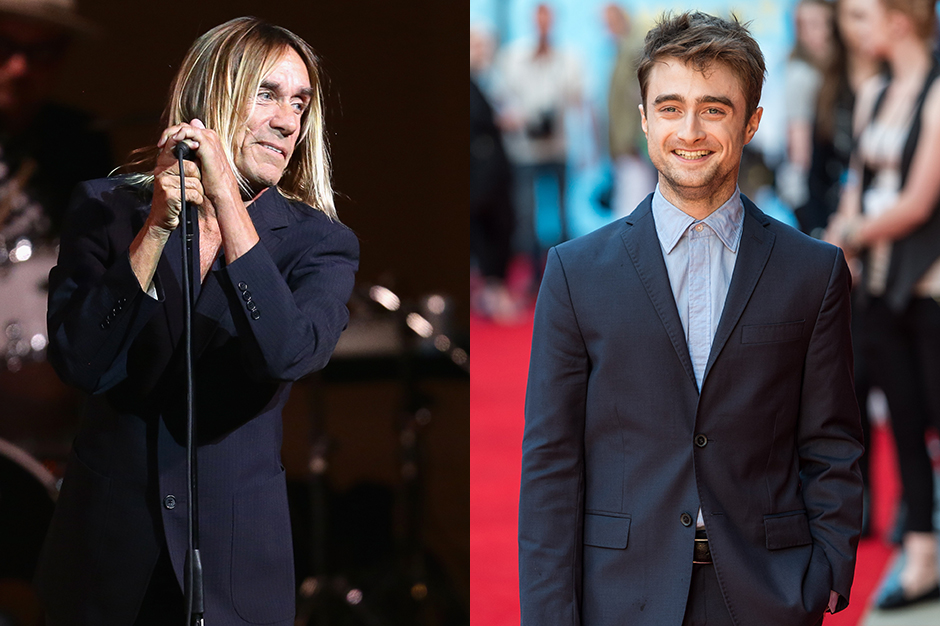 It’s been a while since the Harry Potter film saga ended, so excuse any misinterpretations, but the young wizard was a bit of a punk, no? His style was a little off-kilter but influential and he was always telling his teachers to go suck an egg, pranking his mates, getting wastoids off butterbeer, and forever rocking a badass face tat. And actor Daniel Radcliffe managed to make that part his own, so how about a turn as the original punk, Iggy Pop, next?

Sure, there’s no Stooges movie currently in production, but the 25-year-old Radcliffe told KCRW DJ Eric J. Lawrence he could envision himself playing the part someday. The 25-year-old English star was joining the LA radio station for its “Guest DJ Project,” and picked a punk-heavy five-song playlist to share that included Lou Reed, the Sex Pistols, the Libertines, Pixies, and Perfume Genius. Radcliffe is currently promoting his new rom-com, What If.

Asked if there are any rock stars the actor could imagine himself playing on film, he responded, “I’ve often said Iggy Pop. Just cause we’ve got a similar, gnarly sort of slightly strange skinny bodies. Where you’re like, ‘You’re skinny, but are you healthy.’ But I don’t know, other than that. What really short white rock stars were there?” Avril Lavigne? No, that wouldn’t work.

But even if Radcliffe has the stature, does he have the moves? Judge for yourself with this clip from the musical How to Succeed in Business Without Really Trying:

Or more appropriately, this melodramatic performance in Slow Club’s “Beginners” from 2012:

Of course, it’s worth noting that last year’s CBGB movie selected its own Iggy Pop and it wasn’t Radcliffe. It was Foo Fighters’ Taylor Hawkins. In case you missed it then, you can scope some peaks of that performance in the film’s preview here.

As far as Radcliffe goes, turns out the young Harry Potter was actually turned onto punk-rock playing that righteous wizard. He told KCRW, talking about the Sex Pistols, “My dresser on Potter was a guy called Will Stagel and he got me into punk, starting with the Pistols … I feel like the Sex Pistols are often seen as more important for what they stood for and what they brought on than for the actual music, but the actual music is really, really good too.”